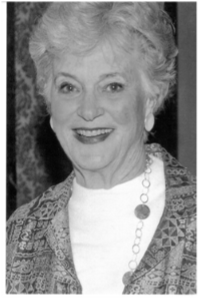 Patricia Irwin Robison Baldwin passed away peacefully in her sleep on March 4, 2022, as she had always hoped she would go. Born in Virginia, MN on April 10, 1929, to Melvin G. Irwin, “Mel” and Virginia Britts Irwin. Her family moved to Madiera Beach in 1934 where she attended the Sunshine School on St. Petersburg Beach and later graduated from St. Pete High School. After High School, she initially left for Sullens College in Bristol, VA, then transferred to the University of Alabama. While home for summer a break from UA, she learned of an opening at the St. Petersburg Times in the archives department and she leapt at the opportunity. This began her newspaper career that spanned 30 years but she never really left her continuous search for interesting newspaper articles. Her friendships with the editors left an understanding that they would always take her calls - her suggestions for stories were worth it! In 1951 she married her high school sweetheart, David F. Robison, “Cork” and his work as a Civil Engineer took them around the country to Virginia, Texas and San Francisco and finally settling back in St. Petersburg to raise their six children.

When that marriage ended, she had a successful career in journalism and public relations. She was a staff writer and the Food Editor for the St. Petersburg Times. She was Director of Corporate Communications for J.K. Financial Corp. One particular past editor of the St. Pete Times (now Tampa Bay Times). Donald K. Baldwin, was more than just listening to her ideas for interesting columns and their relationship grew into a love interest and finally into a marriage that lasted 30+ years.

Her marriage to Don Baldwin became a partnership beyond husband and wife when they formed a public relations company, Baldwin, Peterson & Zemp, taking on St. Petersburg developers as clients. Always a passionate cheerleader for the re-development of downtown St. Petersburg, she never stopped looking for stories and that passion led her to working with, instead of writing about, developers as a director of Public Relations. She had her Realtors license (what a surprise!) and sold many of the condos in the then brand new Bayfront Tower and the Cloisters. This time in her life was her most prolific. with the creation of Picnic N Pops, the Vinoy Park concerts featuring the Florida Symphony with special guests, Pete Fountain and Ella Fitzgerald. Pat was the Director of Media Relations for Eckerd College where she originated the very first Festival of Reading on the Eckerd College campus, which continues today on the USF Campus in St. Petersburg. Pat was on the committee that originated the first New Year’s Eve celebration, First Night, in downtown St. Pete which continues today. Aside from her downtown St. Pete achievements, she and Don traveled the world, gardened and hosted many wonderful dinner parties.

With her love of Lifelong Learning, she became an active member of ASPEC (The Academy of Senior Professionals at Eckerd College). She was a docent and member of the Stuart Society at the Museum of Fine Arts. She was a board member of Academy Prep. Through the community service activities with the Junior League she was an enthusiastic supporter of the Ronald McDonald House for parents at All Children's Hospital. Member of the St. Pete Yacht Club, Museum of Fine Arts and St. Pete Country Club (Lakewood Country Club)

In lieu of flowers, the family requests donations in Pat’s name be made to ASPEC at Eckerd College, the Museum of Fine Arts or Academy Prep.

There will be a private family service in North Carolina at their beloved cabin where they spent many summers.

Share Your Memory of
Patricia
Upload Your Memory View All Memories
Be the first to upload a memory!
Share A Memory