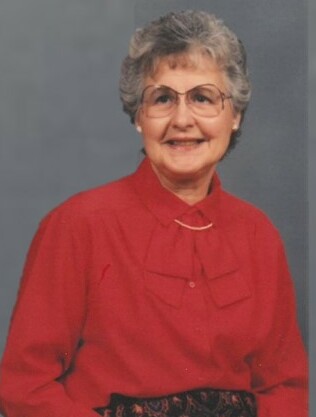 Ruth M. LaMar passed away peacefully at home at the age of 92 after a battle with cancer with her entire family at her side on March 15, 2022. She lived a long and fruitful life. She will be missed by family and friends, but her love and precious memories will remain in our hearts.

Ruth was born in New Paris, Ohio on April 6, 1929 to Albert and Leora Krick and raised in Richmond, Indiana. She graduated from Milton High School. Ruth worked as a secretary at International Harvester until she became a stay-at-home mom. She re-entered the work force after 18 years and worked as a secretary at Patty’s Insurance Company until her retirement in 1991. She was involved in PTA and her church women’s ministry. Her hobbies included sewing, knitting, crafts, and membership to the Richmond Civic Theatre, and the Florida Orchestra. Ruth and her husband, Truman, also enjoyed traveling and visited almost every state in the United States. She and her husband relocated from Indiana to Florida in 1991 to be closer to their family.

In lieu of flowers, donations may be made to Suncoast Hospice Foundation, 5771 Roosevelt Blvd, Clearwater, FL 33760 or made online at www.suncoasthospicefoundation.org.