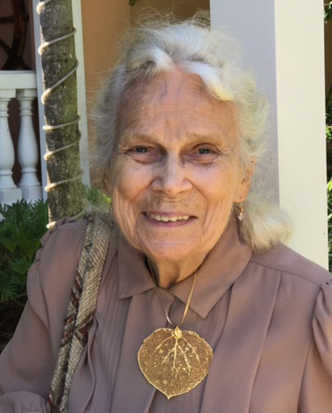 Thompson, Dorothy G. Born April 22, 1923 died March 14, 2022. She was born in Norfolk, Nebraska. She was an R.N and served in the U.S. Army Nurses Corp 1944-1946, 1st Lt. She then went to Johns Hopkins Hospital School of Anesthesia and became a CRNA. She worked in Baltimore for 2 years. There she met and married her husband, John Morgan Thompson, MD, a neurosurgeon, who preceded her in death in 2005. They lived in St. Petersburg, FL since 1956. She was President of the Congress of Neurological Surgeons Auxiliary in 1967 and 1970, President of the Pinellas County Medical Society Auxiliary, President of Women of Rotary. She served in many local organizations. She was a member of the Museum of Fine Arts, SP Yacht Club and Fifth Avenue Baptist Church. Survivors are Lauralee A. Thompson, MD (Ruben Archilla) Los Angeles, John T. Thompson, MD (Maryann), Baltimore; 2 grandchildren, Lauren A. and John Michael Thompson (Monica) and great-granddaughter, Stella Thompson.

In lieu of flowers, donations may be made, if you wish, to World Wildlife Federation or the charity of your choice.

A gathering will be held at 7:00pm on Monday, March 28th  at Anderson-McQueen Funeral Home, 2201 Dr. MLK Street North. A livestream webcast of the service can be found here.

A burial service, with honors, will take place the following day at Florida National Cemetery on Tuesday, March 29th at 11:30am.

Share Your Memory of
Dorothy
Upload Your Memory View All Memories
Be the first to upload a memory!
Share A Memory