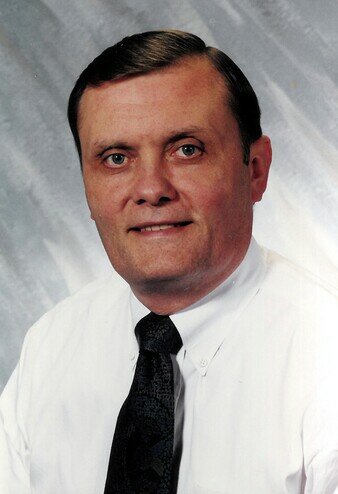 Thomas A. Machuga, 71, of St. Petersburg, formerly of Youngstown, OH, passed away Thursday, April 28, 2022. One word that would describe Thomas A. is altruistic. He will be deeply missed by all who knew and loved him especially his wife, Marie Simeone Machuga. Tom and Marie were best friends since sophomore year in high school and married June 11, 1977. They were blessed to have shared almost 45 years of marriage.

Tom was born on March 13, 1951, in Youngstown, OH, son of the late Joseph F. and Mary Lou Policy Machuga. He attended St. Edward Elementary and Junior High Schools; was a 1969 graduate of Ursuline High School and attended Youngstown State University.

Tom's career spanned 44 years as a Food Service Director and Director of Environmental Services. He started in the food service industry as a busboy at the House of Valley, Hubbard, OH. He was employed by Greyhound Food Management, ServiceMaster, and Aramark Corporation. Tom was so successful in his career because he lived by and instilled four acronyms in his employees, ATD (Attention to Detail), PIP (Pride in Performance), SOU (Sense of Urgency), and PPP (Presentation, Presentation, and Presentation).

Tom was nominated twice for the Marion E. Wade Memorial Award of Excellence (AOE). This award was the highest honor a ServiceMaster manager can receive; named after the founder of ServiceMaster, it signifies outstanding performance in all areas. He was selected by The Educational Foundation of the National Restaurant Association and featured in several magazine publications for promoting and setting high standards for food and safety.

Tom's work took him all over the country, meeting and working with people who became family to him and Marie. In 2001, they moved to Florida due to work, and retired with Aramark in 2010.

Tom was a member of St. Raphael Church and an active and charter member of the Knights of Columbus, Council 10157. Sir Knight Thomas A. was also a 4th degree member of the Frank J. Lewis Assembly #159. In 2014, Tom was a co-founder of the Annual Italian "Knight" dinner. He and Marie served on the Italian Committee for four years and raised thousands of dollars for the council and community. Over the years, Tom received several awards from work and the council but was especially proud of "Knight of the Year" and "Family of the Year". He gave the Knights 46 years of continuous service.

He enjoyed bowling at Northside Bowling Alley in the mixed doubles league with Marie, his dad, and mother-in-law. He was a basketball referee in the Youngstown area for years and proud Ursuline booster.

Tom and his North Truesdale Avenue neighbors hosted the Truesdale Breakfast Club every Sunday morning for family, friends, clergy and even politicians. It was held in Dominic's garage, (Marie's cousin), year-round regardless of the inclement weather in OH.

From early on, Marie and Tom loved to travel, taking their cherished Augie Doggie on many excursions throughout the Midwest. Over the years, they made priceless memories vacationing at Walt Disney World, attending the Rose Bowl Parade and game in 2006, Las Vegas, and a Disney Vacation Club Member Cruise to Alaska. A trip of a lifetime was the pilgrimage with Fr. Kevin E. Mackin to Italy in 2017.

One of Tom's goals in life was to make people smile. He accomplished that with his unique and remarkable tie collection (200+). Tom will be remembered all over the country as the "Oreo Cookie Man," "Margaret Ann Machuga," "The Great Pumpkin," "The 'Live' Scarecrow," "Santa Claus," "Scenic Lake Machuga at Copley Cove", and the ever popular neighborhood Halloween "Cookie Monster."

Tom was preceded in death by his parents and sister, Mary Ann "Sissy" Machuga.

A Celebration of Life will be held in Youngstown, OH, at a later date.

In lieu of flowers, a memorial contribution may be made in memory of Tom to the Benedictine Sisters of Perpetual Adoration, 31970 State Highway P, Clyde, MO 64432-8100.

You may visit www.AndersonMcQueen.com to view obituary and share a memory.

Share Your Memory of
Thomas
Upload Your Memory View All Memories
Be the first to upload a memory!
Share A Memory