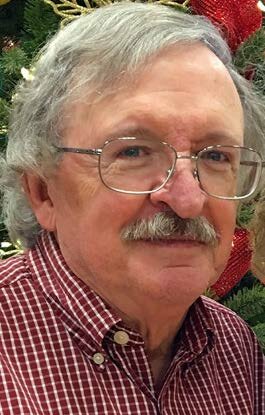 James "Jim" Byers, age 74 of St Petersburg entered into the arms of Jesus his Savior May 6, 2022 at St Anthony's Hospital in the Intensive Care Unit. He was born in Goshen, Indiana and was a resident of St Petersburg since 1978. He was preceded in death by his parents, Raymond and Julia Thompson and by his son, Steven Andrew Byers. He is survived by his wife (Rachel) Irene Byers, son Robert James Byers of Cocoa, daughter AnnaMarie Byers of Columbus, Ohio, daughter Jane Byers of St Petersburg, grandsons Robert James Byers Jr of Spokane, Washington, and Steven Switz, James Switz and Scott Switz all of Columbus, Ohio.

Jim fought the good fight. He was a man who lived each day with an attitude of "What If" this was the only day I had? His desire was to have "no regrets." From birth, he had to deal with Bronchiectasis, a progressive lung disease. He adopted a can-do attitude and refused to feel sorry for himself.

At 15 years old, Jim procured an after-school job with Farmer's Exchange, a weekly newspaper, mopping floors and cleaning bathrooms. It wasn't long until he showed interest in more than mopping floors. After graduating from high school, he went on to work for The Goshen News, printing their daily newspaper. He soon was transferred into their commercial division.

Due to his lung condition, Jim and Irene moved to the warmer climate of Florida. He was an entrepreneur, owning and operating three different graphics-related businesses prior to starting Pinch Penny Press in 1983. In 1982, at the prompting of the Holy Spirit, Jim and Irene adopted four children, Steven 12, Robert 11, Anna 7 and Jane 6, whose mother died of cancer.

Jim ventured out into the corporate world and oversaw the printing department of Tampa General Hospital for three years while keeping Pinch Penny Press going. Several years later, he purchased Ultraflight Magazine featuring ultralight aviation. He took the magazine from a rag to a glossy professional newstand magazine with authentic related articles. And he persuaded Irene to be his executive editor which she enjoyed. In this venture, he was privileged to fly over the Great Wall, the Wadi Rum Desert in Jordan, over Masada in Israel and the Nepali cliffs in Kauai, all in ultralights.

Jim loved to travel, going to Israel in 2005 and to Greece in 2006. In 2007, it was on to Romania to love on the orphans and abandoned babies. The adventure spirit caught hold after he rented a Segway in downtown St Petersburg. The bug bit so hard he bought his own and dubbed it his car. In the span of his 17 year love affair with "Seggy", he amassed over 16,000 miles.

Jim used his Segway to place Irene's books in the Little Libraries scattered throughout the St Petersburg neighborhoods, placing them in 150 of those.

In their 47 years of marriage, Irene does not remember him ever complaining about his difficulty to breathe. He chose not to be disabled but to live life to the fullest. Though not a swimmer, Jim ventured onto the water when he bought a kayak with mirage peddles so that he could do photography and let his feet do the movement.

Jim suffered a broken collarbone on February 25 when he came across an unfinished repair section on a side street which had no barricades, no cones, no warning tapes and the next thing he knew Seggy hit a pot hole which knocked him off. The resulting intense pain from this break put tremendous stress on his lungs and his breathing. He had to sleep for over two months until his death sitting up. Still he was not a quitter. He went with Irene to work even for parts of the day to check his email and tutored their business helpers whenever they had questions.

Before going to work on the day prior to his death, Jim was standing at their kitchen window with Irene beside him. She placed her hand on his shoulder and said, "I bet you will be so glad when you don't have to do a nebulizer any more or cough anymore and when you can breathe without effort. He said, "I Can Only Imagine."

In lieu of flowers, memorial donations may be made to Amazima Ministries, working with the needs and discipleship of women, children and families in Uganda - www.Amazima.org

To send flowers to the family or plant a tree in memory of James Byers, please visit Tribute Store
Sunday
12
June