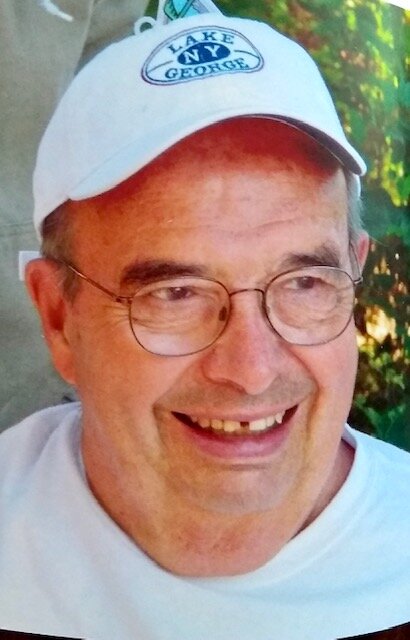 John Warren "Jack" Conkling died peacefully on July 3, 2022 at the age of 88, at his home in Saint Petersburg, Florida, with his daughters by his side. He was born in Boston, Massachusetts to Eva and Milton Conkling. He lived in Cambridge, Massachusetts for a brief period and grew up in Brockport, New York, Wellesley and Cape Cod, Massachusetts. He attended high school at Vermont Academy, graduated from Colgate University in 1955 and received a master's degree in Business Administration from Babson College. He served as a Captain in the United States Air Force and was stationed in Matsushima, Japan in 1956.

Jack married Stephanie Joan Wennberg in 1955 and together they built a home in Acton, Massachusetts where they raised their three daughters. Jack enjoyed sharing his love of the outdoors with his family and they spent much time together boating on the North Shore, picnicking on the beaches of Cape Cod, camping at Lake George and skiing at Sugarloaf Mountain. During this time, he was employed by Polaroid Corporation in Waltham, Massachusetts as a Process Engineering Manager for 22 years.

In 1980, Jack married Elyse Ida O'Brien, lived in Carlisle, Massachusetts then moved to Saint Petersburg, Florida in 1986. He was employed by Essilor of America as a journeyman Chemical Process Engineering for 18 years until retirement.

Jack loved God, country and family, all of which were at the center of his life. He was a member of Saint Raphael's Catholic Church. He was a humble man and a simple soldier. As he would say, he came from a family of farmers and fishermen. Jack was passionate about researching and documenting his family history as far back as the 1600s. Throughout his life, Jack always had a beloved dog or two or three by his side. Jack was a devoted husband and father. He was so very smart, with a memory like an elephant and a heart of gold. He possessed a great sense of humor, was very tender hearted, and always the calm in the storm. He believed strongly in the power of prayer and prayed daily for those he loved or simply those in need of prayer. He was an avid reader and a sponge for knowledge. His favorite author was Tolstoy. He was a tinkerer and a do-it-yourselfer. He was a storyteller, a kind and thoughtful neighbor, a faithful friend and a trusted advisor. His comforting words, deep compassion for others and giving heart will be forever missed by all those whose lives he touched.

Calling hours will be held Friday, July 8, 2022 from 6:30pm – 8:00pm at Anderson McQueen Funeral Home, 2201 MLK Jr. Street N., St Petersburg, Florida. A Mass of Christian Burial will be held the following morning, Saturday, July 9, 2022 at 10:30am at Saint Raphael's Catholic Church, 1376 Snell Isle Blvd NE, St. Petersburg, Florida. Jack will be laid to rest with military honors at Crocker Park Cemetery, Barnstable, Massachusetts. In lieu of flowers, memorial donations may be made to spcatampabay.org, lakegeorgeassociation.org or woundedwarriorproject.org.

To send flowers to the family or plant a tree in memory of John Conkling, please visit Tribute Store
Friday
8
July