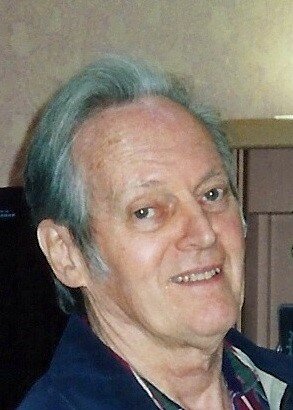 Delbert Lyle Cortright left this world on July 8, 2022 at his home in St. Petersburg, Florida at the age of 89. He was born on June 9, 1933 in Bloomington, Illinois to the late Dorothy Louise Cortright and Seaman Edward Cortright.

He is survived by his wife of 68 years, Dorothy, and two sons and their families; Daryl Cortright, of St. Petersburg, his children Aleah, Nathan, Aviana and their mother Shanon; Devon (Ellen) Cortright of Simpsonville, SC; and their children Ashley and Heather (Matt); one great grandson, Caleb. Delbert is preceded in death by infant son David Lee, and half-brother Wendell Cortright, and great grandson Logan.

Delbert grew up in the twin cities of Bloomington-Normal active in Boy Scouts attaining the rank of Eagle Scout with the Silver Palm. Delbert met Dorothy Flachsbart through their church youth group. Delbert joined the Navy in 1953. After several training assignments, he served overseas in the Philippines and Japan. Dorothy joined him in Japan for 11 months, an experience that became the source of many stories. After his military service he returned to college and graduated from Illinois State University. Delbert started his teaching career as a science teacher in small high schools in Illinois, where he typically was the only science teacher. At a small high school in Gridley, Illinois he was the sole science teacher, and also served as the school’s photographer filming football games. Attending summer and night classes while teaching in Gridley, he completed his master's degree. He relocated his young family from the Midwest to Florida in the late 60's. Delbert was a guidance counselor at Dixie Hollins High School for 27 years, retiring in 1995.

He enjoyed travel and camping, cookies and ice cream, and taking long road trips during the summer months, frequently to the mountain areas of the west, Arkansas, and North Carolina. Distance did not prevent visits with Dorothy's sister and brother-in-law in Illinois, Carol and Herb Gerth, both now deceased, where there was a shared love of camping, games, and laughter. On some occasions they were joined by Dorothy’s brother and his wife, Martin (deceased) and Judi Flachsbart.

Visitation will be at Anderson McQueen Funeral Home on Thursday July 14th from 4:00-7:00pm. Interment will be in Bloomington, Illinois, in the same cemetery as infant son David Lee, Delbert’s mother and other members of the family.

To send flowers to the family or plant a tree in memory of Delbert Cortright , please visit Tribute Store

Share Your Memory of
Delbert
Upload Your Memory View All Memories
Be the first to upload a memory!
Share A Memory
Send Flowers