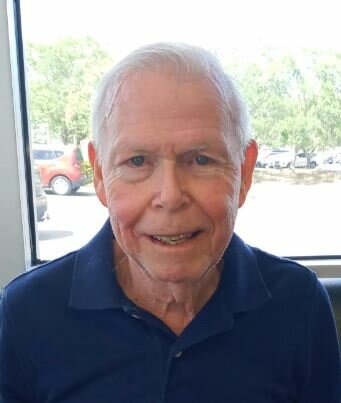 Obituary of Robert B Lemaster

Robert “Bob” Blanton Lemaster, 86, of Largo Florida passed away July 26, 2022. Raised in Portsmouth, Ohio, he graduated from Clay High School. He was a veteran of the United States Air Force where he learned his trade as a dental technician. He is preceded in death by his parents Edgar and Delia Lemaster, his high school sweetheart and wife of 58 years Margaret, his siblings Olive Sparks, Mildred Nourse, Gene Lemaster, Don Lemaster, Carl Lemaster, his son Bryan Keith Lemaster. Bob is survived by his daughter Diana Ewing, son Mike Lemaster and daughter Angie Lemaster. Two grandchildren Jessica Silvestro (Justin) and Rob Lemaster (Brooke). Three great grandsons Hunter Perry, Tate Lemaster and Coleman Lemaster and many nieces and nephews. Bob enjoyed playing golf and flying his airplane. He never met a stranger. If you met Bob, you had a friend. He will be greatly missed. In lieu of flowers a memorial donation may be made to your local Hospice.

To send flowers to the family or plant a tree in memory of Robert Lemaster, please visit Tribute Store