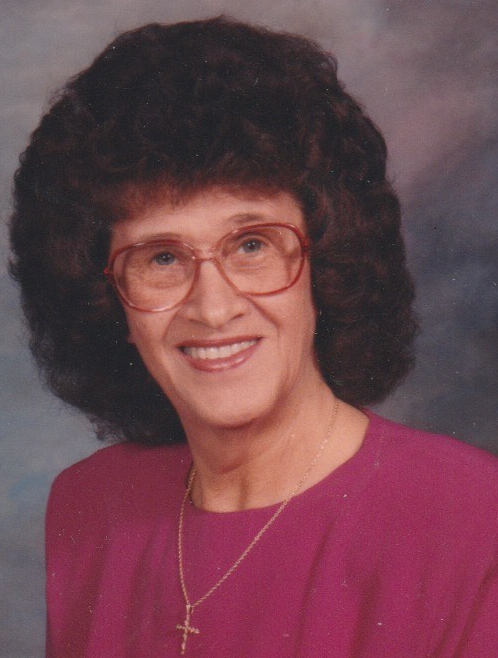 Born November 30th, 1929, in Allock, Perry County, Kentucky to the late Ethel Marie
Gilliam, a full time mother and foster mother, and Thomas Alderson Gilliam, a coal
miner. Ina Mae was the youngest of seven siblings, endured the Great Depression and
came of age during the Second World War, where her brother Douglas sacrificed his life
for his country.

After Ina Mae graduated from high school in 1948, she went on to study at Trinity Bible
College in Saint Petersburg, Florida where she received a B.A. in Sacred Scripture and
Nyack Missionary College in New York where she received a diploma in Mission
Studies. She went on numerous mission trips throughout the world including to
Venezuela and Honduras providing care and aid to children in need. The organization
closest to her heart was Love-A-Child, which ministers to the children of Haiti. When
she wasn’t on a mission trip, she spent nine years as an employee at Hood’s Dairy
where she served in a variety of roles. In 1985, she began her time with the State of
Florida, Pinellas County Public Health Unit, where her passion for helping others took
her to become a member of the Victims Rights Coalition. At the Public Health Unit, she
took on numerous positions, including managing the Rape Crisis Hotline until her
retirement in 1992. Later in life, she became actively involved in the youth groups at
Suncoast Cathedral where she was a congregant for more than forty-seven years and
rarely missed a Sunday service. She loved living next door to Suncoast, and when she
stopped driving, she walked to church and stayed very involved with the youth
programs, silver saints, and feeding the homeless. Her eighteen grandchildren and
great-grandchildren were her pride and joy and she never missed an opportunity to
brag about them or show someone a picture.

Ina Mae will be missed for her keen sense of humor and her devotion to giving back to
everyone she met. She will be missed by her family, her extended church family, and
her dog, Rosie, who laid by her side until her very last day. Ina Mae was predeceased
by her parents Ethel and Thomas, and five of her siblings, Douglas, Eddie, Jack, Kitty,
and Irene. She is survived by her sister Billie, father of her children Ernest Marvin Pierce
Jr, her three children, Ernest Marvin Pierce III, Michael Douglas Pierce, and Loretta
Joyce Rosenthal (Jeff), ten grandchildren, Elisha (Eric), Jennifer (Tyrone), Tailor, Terah
(Tyler), Jacob, Zack, Adam, Angel (Cody), Faith, and Micah and eight great-grandchildren
Justin (Alyssa), Brandon, Jonah (Marilyn), Cameron, Kayla, Aliyah, Brylie, and Olivia.

Visitation will be held at Suncoast Cathedral on Monday, August 1 st at 10:30 am
followed by a memorial service. The family requests that donations be made in Ina
Mae’s name to one of the following organizations she was so passionate about and
dedicated her life’s work to Love-A-Child and Suncoast Cathedral.
https://loveachild.com/ http://www.mysuncoastchurch.com/

To send flowers to the family or plant a tree in memory of Ina Mae Pierce, please visit Tribute Store

Share Your Memory of
Ina Mae
Upload Your Memory View All Memories
Be the first to upload a memory!
Share A Memory
Send Flowers