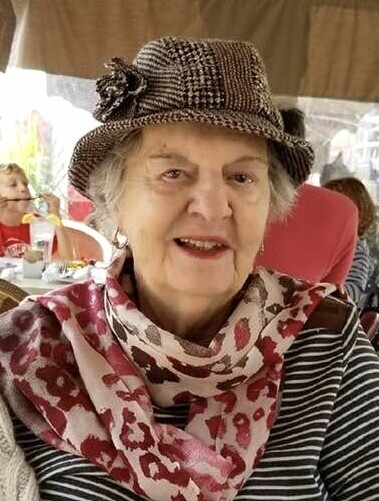 Mrs. Elizabeth Obenchain Culbreath, 97, passed away on July 29th in Seminole, FL.  She was preceded in death by her parents, Thelma and Garland Obenchain, her husband, Joe Culbreath, and her sister, Margaret Owings. She is survived by her daughter Margaret Higgins of Tampa, FL, daughter Mary Jo Foster and her husband Ed of Orlando, FL and her son Garland Culbreath and his wife Alice of Jupiter, FL.

Elizabeth was born on June 18 , 1925 in Columbia, SC.  As a girl, she moved to North Augusta, SC with her parents and graduated from North Augusta High School and Augusta College. While living in North Augusta, she met and married Joe Culbreath, and they welcomed their three children. Like her parents, they were active members of Grace United Methodist Church.

Her husband’s businesses, shoe stores in Tallahassee, FL and Milledgeville, GA , required several relocations for the family. While living in Tallahassee, the Culbreaths were active in Sunday School and many church activities at Killearn United Methodist Church.

After moving to Milledgeville, GA, they joined First United Methodist Church. Elizabeth remained an active member after Joe’s passing in 1992 and volunteered with Meals on Wheels. In the late 90’s, she moved to Tampa, FL to be closer to her children and their families.

As the matriarch of the Culbreath family, Elizabeth was known for her dry sense of humor, phenomenal southern cooking and unexpected adventurous streak. Among the words of wisdom her children and grandchildren will remember are, “This too shall pass” and “Making memories.” During her 97 years, she learned the importance of both.

Share Your Memory of
Elizabeth
Upload Your Memory View All Memories
Be the first to upload a memory!
Share A Memory