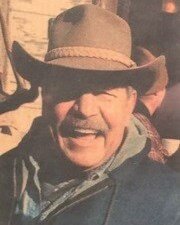 Joe was born into a loving Illinois farm family with a house full of siblings and faith. He grew up waking early for chores on the Modaff Farm. He played football at Naperville Community High School and North Central College. Joe believed in working hard and playing hard. He worked a record setting career in advertising sales and yet always found time to play tennis or golf, go skiing, rafting, or horseback riding in Idaho, or stroll the beaches shelling in Florida. He loved a cold beer and a great football game at a local bar as much as he loved a fine glass of wine and meal during his travels through Europe. Family and friends meant everything to Joe. "Popeye" to his granddaughters Paris and Peyton, he missed very little of their lives, often traveling to Florida for events and holidays. He took in everything and loved it all. The sparkle in his eyes and hearty laugh will be remembered by many. His friends know he loved them like family as he always took time to care and be involved in their lives. He used to advise his daughters, "You have to be able to walk in all circles, people are people." He traveled extensively and always enjoyed meeting new people, but nothing made him happier and prouder than coming home to Naperville. He loved his community. He volunteered for Naperville Responds for Our Veterans and attended the Marine Corp Ball annually.

Joe Modaff was preceded in death by his father, Nick Sr., his mother, Alice, his brother Nick Jr., and his sister, Mary. He is survived by his two daughters, Kelly and Courtney, his brother, David and his sisters, Carol and Edith, his granddaughters, Paris and Peyton, and many nieces and nephews.