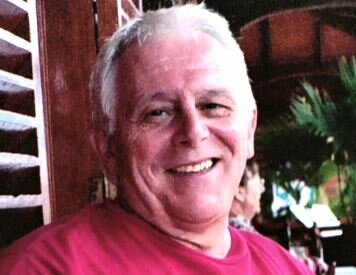 Paul Morgan (Colonel, USA. Ret.) of St. Petersburg, passed away peacefully on August 23, 2022, with his wife Vicki by his side. He was born on January 18, 1942, in Bayonne, NJ, the first child of Frank and Helen Morgan. He graduated from Don Bosco Prep in Ramsey, NJ and later from St. Bonaventure University in Olean, NY. He joined the US Army in 1963 and was in several branches before he found his true calling as an Army Green Beret. His final assignment was the Director of Intelligence for the Special Operations Command in Tampa. He met his wife, Vicki of 57 years when he was being transferred to Germany in 1964 by ship. He was in a cabin with 3 other Lieutenants and she was in the next cabin with 2 General daughters and a nurse. They were married a year later. He received his Master's in International Relations from Emory University in Atlanta, where their son Christopher was born. His passion was sailing and when he was assigned to Recruiting Command in San Juan, P.R., he had a 26-foot Westerly. He used to say he could sail to his office in the Virgin Islands. They loved to travel and eat at good restaurants. When he has his R & R from Vietnam they met in Bangkok, Thailand. He retired in St. Petersburg after 30 years in the Army. After his Army retirement he worked for various Defense contractors as an Intelligent Subject Matter Expert and transitioned to a DOD Senior Executive until his final retirement. He is survived by his wife Vicki and their son Christopher (Amy) and two delightful grandchildren Madelyn and Christian, also a brother Frank in NJ.

A service for family and friends will be held at Anderson-McQueen Funeral Home at 12:00 noon on Friday, October 7, 2022. There will be a committal and Military Honors at Bay Pines, after which the family will receive guests and friends back at Anderson McQueen.

To send flowers to the family or plant a tree in memory of Paul Morgan, please visit Tribute Store
Friday
7
October

Share Your Memory of
Paul
Upload Your Memory View All Memories
Be the first to upload a memory!
Share A Memory
Send Flowers