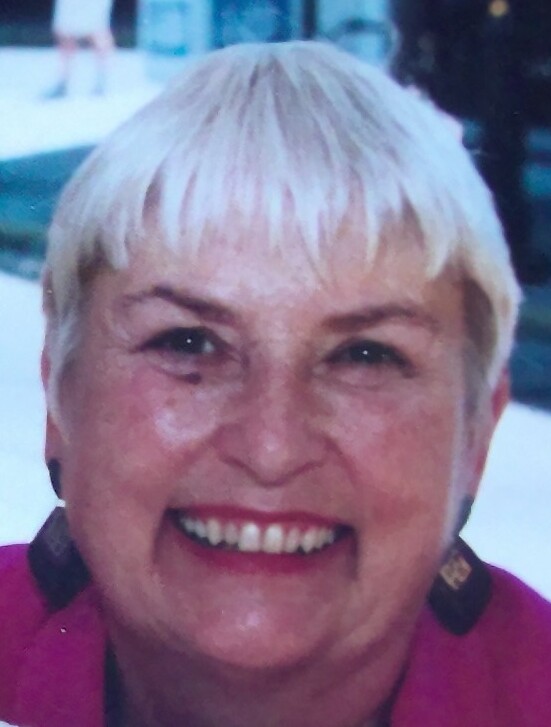 On Friday, October 7, 2022, Gloria Windus McKinstrie, 87, passed away peacefully in St. Petersburg, FL, with family by her side.

Gloria was born on August 12, 1935 in Rutherford, NJ, to Sidney Alexander Lord and Edith Roe Hesselgren Lord. After graduation from Bayside High School in New York she worked in Manhattan for Trans World Airlines (TWA) securing flight crew visas from all of the diplomatic embassies. That’s when she was bitten by the travel bug and so began her life-long love of adventure and travel. Some of her expeditions included Egypt, Morocco, Kenya, Tanzania, Scandinavia, China, Western and Eastern Europe, Russia, South America, Mexico and many Caribbean cruises.

While living on Long Island she continued to enjoy many foreign and domestic trips but none as much as her trip to a small Florida Island – Key West. In 1995 she retired from a career in sales and moved to Key West, Florida.

She was an avid NY Jets fan, volunteered for both Boy Scouts of America as a den mother and Girl Scouts of the USA as a troop leader while living in NY. Gloria, always an incredibly generous woman, quickly became involved with the Key West community volunteering with the Bayshore Manor nursing home, St. Mary’s soup kitchen, the Basilica St. Mary’s Star of the Sea, the Moose Lodge, the Key West Women’s Club and many other organizations.

“Her heart is young and gay”. The words under Gloria’s high school yearbook photo couldn’t have captured it any better. She will be remembered for her beautiful smile, generous heart and vivacious personality.

Calling hours will be at Anderson McQueen Funeral Home- 2201 MLK Street North, St. Petersburg, FL on Monday, October 10 from 5- 9pm. A mass of Christian burial will be on Tuesday, October 11 at 10am at St. Raphael Catholic Church, 1376 Snell Isle Blvd NE, St. Petersburg, FL. A second mass will be held on Thursday, October 13 at 1 pm at the Basilica of St. Mary’s Star of the Sea, Key West, FL, followed immediately by internment at the Key West City Cemetery.

In lieu of flowers, please consider a memorial gift to the Basilica of St. Mary’s Star of the Sea, 1010 Windsor Lane, KW, or the Masonic Home of Florida, 3201 1st St. NE, St. Petersburg, FL or the Parkinson Foundation, Inc.

Share Your Memory of
Gloria
Upload Your Memory View All Memories
Be the first to upload a memory!
Share A Memory