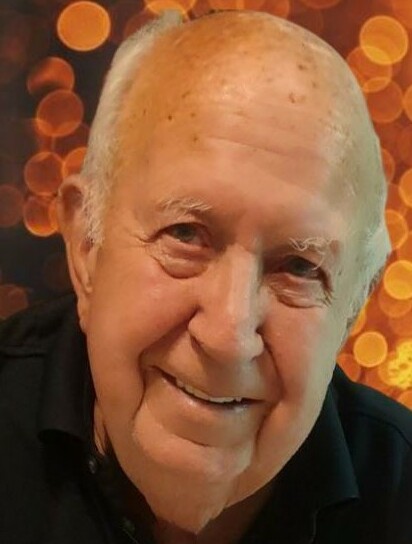 John M. Hawkins, age 96 of Clearwater, Fl. passed from this life at his home and went to be with our Lord on Tuesday October 4, 2022. A talented and hard-working man, John will always be remembered as a loving and caring husband, father, grandfather and friend. John will be dearly missed by all who knew and loved him.

He was a US Navy Veteran of World War II; Gunner’s Mate Second Class.

He was raised and educated in Kansas, Iowa, and Texas and graduated from Fort Madison High School. John retired from Anchor Metals Fort Madison, Iowa in 1985 and moved to Clearwater, Florida in 1989. He was a member of the First Baptist Church Ft. Madison, Ia. He was a past master of the Ft. Madison Lodge No. 13 AF & AM, member of the Commandry Chapter & Council, Shriner KYCH, Past Commanders of Iowa, Past High Grand Priest, Past Worthy Patron of Diamond Chapter No. 37 OES , Grand Cross of Colors Iowa, Past Chapter Dad of DeMolay International Iowa, American Legion Post 7, VFW 10304 . He was an avid Square Dancer at Challenge Level.

In lieu of flowers, the family requests memorial donations be made to: Shriner’s Hospital for Children-Love to The Rescue, “SHC – Florida”, in Memory for John Hawkins, Tophat1978@gmail.com

Services will be announced at a later date.

Anderson McQueen is Honored with the Funeral Arrangements for Mr. John Milton Hawkins.

To send flowers to the family or plant a tree in memory of John Hawkins, please visit Tribute Store