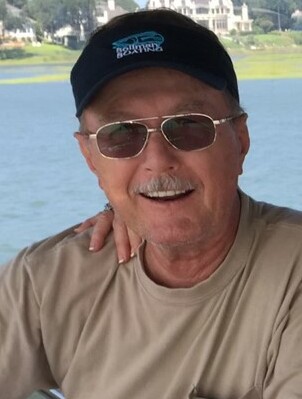 HARPER, THOMAS “THOM”, 72, of St. Petersburg, Florida, passed away after a long and courageous battle with cancer on November 3, 2022 at home with his long-time love, Debra Gell, by his side. Born and raised in Lansing, Michigan, Thom graduated from Sexton High School in 1968. Then his adventure began. He tried and mastered numerous occupations.   Then the sea called him and he became a Captain. He sold, delivered, rigged and raced boats; working for Mariner Yacht. He came home from the BVI and worked for Embree Marine until he retired in 2012. He was an electronics wiz and helped out at Bollman Boating after his retirement. Thom was passionate about sailing, having many memorable adventures at sea. He also loved working in his garage on his Harley-Davidson, “Old Black”.  Essentially Thom never met a problem that he couldn’t solve.

Thom was independent, inquisitive, protective of those he loved, a resource of knowledge and such a genuine man. He always extended a helping hand – whether it be tuning up a motorcycle or repairing a friend’s boat motor. Friends could always count on Thom. He loved NASCAR, having friends over to watch the game on the back porch, and at the end of the day, having a cold beer and swapping stories.

Thom’s life will be celebrated near his birthday in March 2023; details to be announced to friends closer to the date. In lieu of flowers, donations may be made to the Bikers Against Child Abuse at https://florida.bacaworld.org/bay-bridges-chapter/. Visit the family’s personalized guestbook at www.Legacy.com.

To send flowers to the family or plant a tree in memory of Thomas Harper, please visit Tribute Store