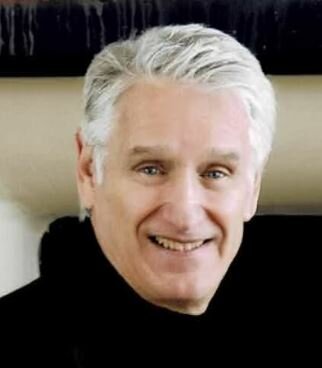 A beloved husband, father, grandfather, and friend Carl was a long-time resident of St Petersburg, Florida. Carl grew up in West Virginia and was the son of the late Helen Elizabeth Urchak Hall. He received his Bachelor’s degree in Mechanical & Industrial Engineering from Notre Dame University and a Juris Doctor in Law from the Georgetown Law School before serving as a Captain in the U.S. Air Force.

During his distinguished business career, Carl spent many years in Norfolk, Virginia where practiced law and was rapidly promoted to Partner before deciding to take a more entrepreneurial path, forming his first company, the Hall Development Corporation. He went on to spearhead the revitalization of Downtown Norfolk, transforming Ghent Square with new, upscale housing and shopping. He was a long-time member of the Harbor Club, the Towne Point Club, and the Hampton Yacht Club. Carl loved the martial arts, achieving the rank of Black Belt in Karate and representing a U.S. delegation in Japan.

After successfully leading multiple housing developments across Hampton Roads, Carl’s business ventures took him to Florida, where he founded another development business, North Redington Beach Associates. Over the next 35 years, Carl became an integral member of the community. He built, owned, and operated the award-winning North Redington Beach Hilton, a beautiful beach front hotel, which he then transformed into the Doubletree Beach Resort Tampa Bay. Carl always remained dedicated to his customers and his employees.

An avid sportsman, Carl loved sailing, boating, golfing, skiing, hiking, and fishing. He even had a pilot’s license to operate private planes. These passions led him to be an active participant in several associations and clubs, most notably: the Krewe of Neptune (Carl was elected Captain and King), the Krewe Council (founder), Notre Dame Club of Vail, CO (founder), St Petersburg Yacht and Golf Club, and the Wing Shooters. Carl was also an avid collector of Japanese art and swords, founding the Florida Token Kai which he ran for over 20 years and has become the largest sword show in the U.S.

A true Renaissance man, Carl loved to travel and had a passion for discovering and learning about art, culture, fine food, and wine. He was an active member of Testivan, Chaine des Rotissieurs, and served both locally and nationally as a member of the American Bar Association with admissions to practice at the Supreme Court of the United States, Virginia Supreme Court of Appeals, and the United States Court of Military Appeals.

A devote Catholic, Carl was an active parishioner at St Mary Our Lady 0f Grace Church. He battled Parkinson’s disease for over 14 years, receiving amazing care and support from a top rate team of doctors and caretakers. In lieu of flowers, please donate to www.Parkinsonlife.org/donate a non-profit organization dedicated to Parkinson’s care. By mail: Parkinson Life Corp, 4030 Henderson Blvd., P.O. Box 113, Tampa, FL 33629 or by phone (813) 374-9508.

Share Your Memory of
Carl
Upload Your Memory View All Memories
Be the first to upload a memory!
Share A Memory