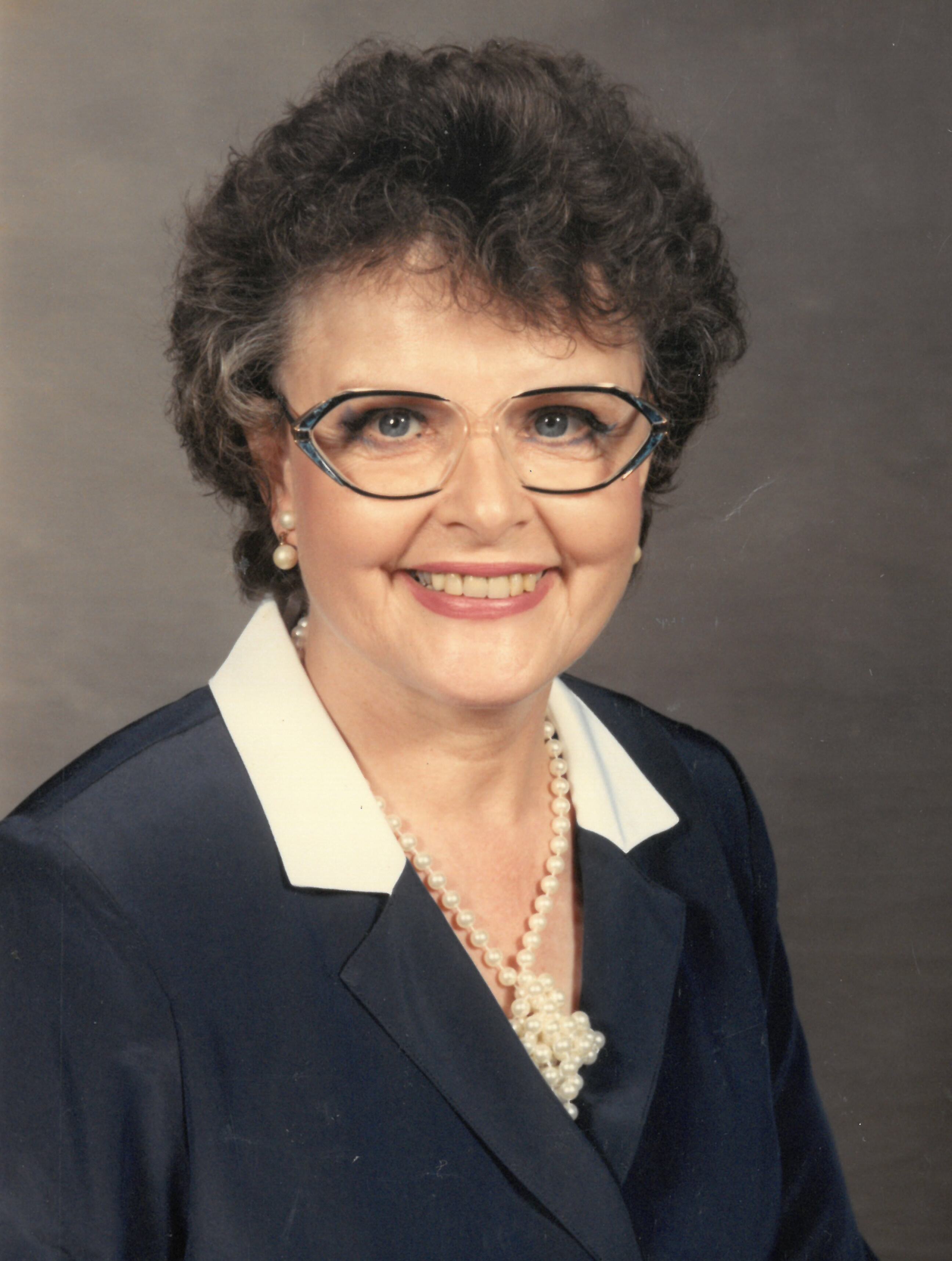 Born on New Year’s Day as Joan Payne in Chicago, IL , she lived a long life, as did her mother (98), aunt (99) and sister Virginia (99). Her family of 9 children moved to rural Michigan early in the Depression and eventually moved to Three Rivers, MI where Joan, graduated from Three Rivers High School in 1940. Joan was also a beauty queen that same year, first as Miss Three Rivers, then as the Blossom Queen for Southwestern Michigan.

She married Edwin Thompson of Three Rivers in March of 1943 while he was serving in the US Navy. After the war, the couple moved first to Goshen, IN before settling in Mishawaka, IN where they raised three sons.

Mrs. Thompson learned ballet before becoming a ballet teacher in Mishawaka, then becoming an administrator in the insurance, hospital, employment, and banking industries. She retired from the latter as the Human Resource Officer for the 1st National Bank of Elkhart in Elkhart, IN in 1978.

She moved to Southern California in 1978 and settled in Cardiff-By-The-Sea overlooking the Pacific Ocean in North San Diego County and worked as a realtor and property manager. She finally retired from real estate at age 85 after moving into a home in San Marcos, CA.

Joan had a life-long love for classical music and had a passion for antique furniture and collecting antique colored glass bottles, in addition to developing many friendhips.

Much appreciation for the staffs of Pinellas Point Rehabilitation and Nursing in St. Petersburg, and Suncoast Hospice of Empath Health for the excellent care and consideration given to Mrs. Thompson during her last days.

To send flowers to the family or plant a tree in memory of Joan Thompson, please visit Tribute Store

Share Your Memory of
Joan
Upload Your Memory View All Memories
Be the first to upload a memory!
Share A Memory
Send Flowers