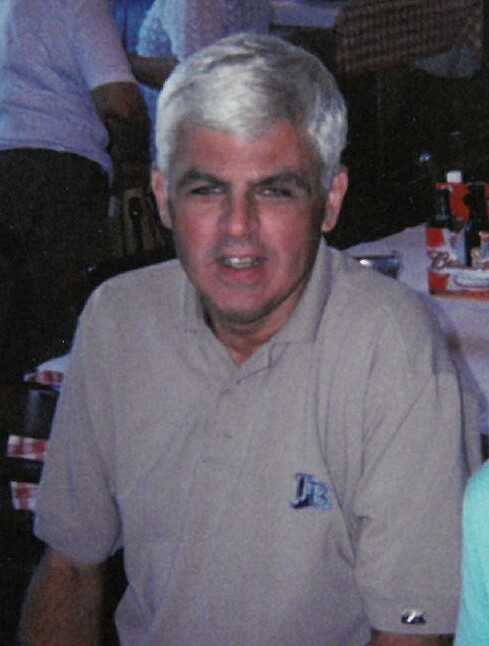 Our beloved Alan Frank Lampert, born in Queens, New York on August 15, 1960, passed away unexpectedly on Tuesday, November 29, 2022, in his home in St. Petersburg, Florida following a short but courageous battle with cancer.

Alan was raised in New York by his loving mother, Carol Frieda Schaefer, and step-father, Edward Alexander Schaefer. He had three siblings, older brother James Arthur Lampert, and two younger brothers, Scott Edward Schaefer, Sr. and Robert Edward Schaefer. The four brothers loved kidding and picking at each other and when you would get them all together, you would leave with your side hurting from all of the laughter.

In 1992, Alan married Donna Mastenbrook, and was blessed to become the step-father to four incredible children that were truly the loves of his life, Anthony Lauricella, Jayme Lauricella-Carlo, Andrew Lauricella and Christopher Lauricella. While Alan and Donna did not remain married, they remained friends and Anthony, Jayme, Andrew and Christopher were always considered by Alan to be his pride and joy. Alan was also blessed with 6 grandchildren who he adored. The love that Alan had for his “kids” and “grandkids” and that they have for him is beyond measure.

Alan also had multiple nieces and nephews that he was very close to and who cherished him, Thomas James Lampert and wife Mary Lampert, Christopher Lampert, Victoria Schaefer-Cox and husband Evan Cox and Scott Edward Schaefer, Jr. He was known to them as Uncle Al and they all have a fun story to share of their shenanigans together. Alan loved to kid his nieces and nephews but he was also one of their biggest supporters and protectors.

Alan had a passion for baseball and Hockey and had a map in his home that identified all stadiums he had visited in his lifetime. During baseball season (and Spring Training), if Alan wasn’t at a baseball game (usually with Andrew or Christopher), he was watching a baseball game. He loved his Mets and once he moved to St. Petersburg, Florida, became one of the Rays biggest fans. He loved harassing the “blues” at the games and often would have a score card in his hands that he meticulously filled out during the game. Your one mistake if you ever went to a game with Alan was not paying attention to what was going on out on the field and talking to him too much during play about anything not related to baseball.

Alan also had a fiercely strong work ethic. Over the last 15+ years he worked happily and tirelessly for Publix in the St. Petersburg area with his most recent service at Publix #0640. He truly loved his job and co-workers.

It is impossible to describe how much Alan was loved and what a special man he truly was. Everyone who knew him would tell you he did not have a mean bone in his body and was one of the most genuine and loving people you would ever want to meet. Alan was incredibly quick witted with a great sense of humor and always had a funny come back to any barb you might try to throw his way. He impacted so many lives and gave of himself without complaint. If you needed him, he would be right by your side.

To send flowers to the family or plant a tree in memory of Alan Lampert, please visit Tribute Store
Tuesday
6
December

Share Your Memory of
Alan
Upload Your Memory View All Memories
Be the first to upload a memory!
Share A Memory
Send Flowers