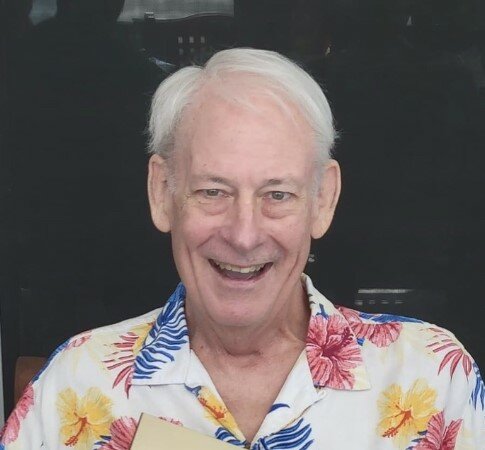 Wick, as he was known since childhood, passed away peacefully on December 23rd, 2022, at St. Anthony's Hospital in St. Petersburg.  Wick was the only child of Margaret 'Peggy' and James L 'Jimmy' Brass.  April 20, 1960 in Orlando, Florida. Both Wick's parents were Champion golfers. Jimmy Brass was a golf professional and PGA official and Peggy was ranked #1 with the OWGA for many years. Wick inherited a love for the game and business of golf.  He attended Florida State University, home of his beloved Seminoles.  Wick pledged Sigma Nu Fraternity in his Freshman year, and formed many life-long friendships.

Among his Fraternity Brothers and Little Sisters, Wick was known as the quintessential 'Southern Gentleman', with excellent manners. Probably because he came from such good stock, Wick remained a polite and respectful, if sometimes irascible, gentleman. He tended bar and managed retail during college, and truly had a gift for hospitality.  He was part of an elite group of Sigma Nu Brothers called on by Governor Bob Graham- a fellow Sigma Nu- to work an event at the Governor's Mansion. The group's performance was... memorable.

Wick later lived in St. Pete Beach and Fort Myers, where he was married for many years. Wick worked in management of tech support centers around the world for SONY. After his retirement, Wick moved to Ramrod Key, Florida, where the active life on the water fit him well.  He made some close friendships during that time that he cherished.

After his divorce, Wick relocated to Tampa Bay, where he was welcomed by a number of long-time friends and Fraternity Brothers. Wick loved his adopted Tampa Bay family. He was a natural host and an always-welcome guest. Wick served as a Guardian ad Litem in Florida's Sixth Judicial Circuit, a court-appointed special advocate for children who have been abused, abandoned or neglected. That's right, the man once described as 'Surly to Bed, Surly to Rise', had a softer side, and a big heart.  He enjoyed boating, fishing and frequent travel, and led a very full life until the last months of his 10-year fight against kidney cancer.

Wick was predeceased by his Father, James L. 'Jimmy' Brass and his Mother Margaret S. 'Peggy' Brass. He is survived by his Uncle John A Simpson of Athens, Georgia, his Aunt Eva Simpson, and Cousins Kelly S. Steinbaum of Alpharetta, GA and Scott A. Simpson of Athens, Georgia. Wick leaves family, friends and Brothers who will miss him tremendously.  Wick Brass was a good man.

If you would like to honor Wick, you can send a donation in Wick’s name to Suncoast Voices for Children Foundation, a 501 (c) (3) charitable organization that supports Guardians ad Litem and helps meet the needs of children who have been separated from their family after abuse, neglect or abandonment in Florida’s Sixth Judicial Circuit (Pinellas and Pasco counties). Visit their website at http://suncoastchildren.org

To send flowers to the family or plant a tree in memory of John Brass, please visit Tribute Store