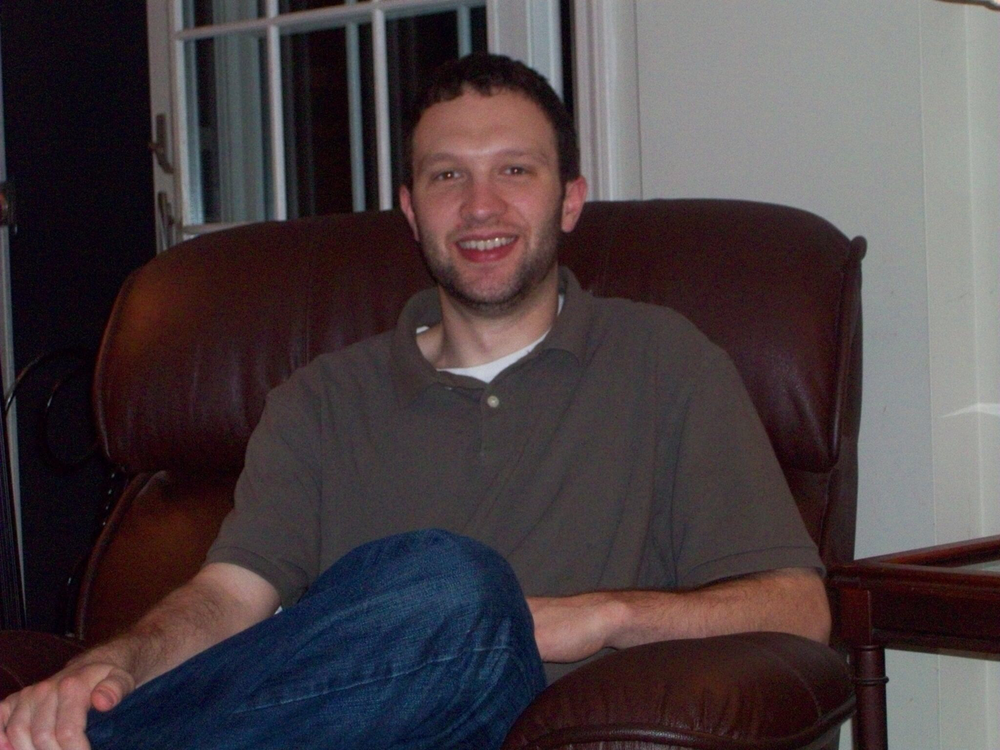 Tallmadge Wakeman “Wake” D’Elia was born on December 16, 1979 in Leonardtown, Maryland. He grew up in Solomons, Maryland, on the banks of the Patuxent River, a place that he loved his whole life. As an ardent and skilled in-line skater, he played both ice and roller hockey in his youth. He was a talented photographer and videographer, which he began doing as an avocation in high school and which later became his life’s work. He was a 1998 graduate of the Key School in Annapolis, Maryland, and a 2002 graduate of the University at Albany SUNY, where he majored in History and Mass Communication and made the Dean’s list. He was a great skier, a music lover and music composer. He played guitar and base. He was a television technical specialist in the New York City area for most of his career. He worked at NY1 News and then at CNBC, part of NBC Universal, where he was most recently the Technical Production Supervisor for the morning business show, Squawk Box. His hard work and performance were formally recognized by CNBC numerous times. In 2005, he married Maria Lamberti from Cava dei Tirreni, Italy, whom he met at SUNY Albany. They lived in Clifton Park, NJ, then Cava dei Tirreni, Italy and finally in St. Petersburg, Florida where he died on May 5, 2018 in a tragic accident at home. He is survived by wife, Maria Lamberti of Cava dei Tirreni, Italy; parents, Jennifer H. D’Elia and Christopher F. D’Elia of St. Petersburg, Florida, and Baton Rouge, Louisiana; grandmother, Marian D’Elia of Mystic, Connecticut; aunts and uncles, Tonita Disch of Mount Dora, Florida, Harry Hunnicutt, of Dexter, Missouri, Kermit Hunnicutt of New Smyrna, Florida, John and Lesley Trevor of Lake Placid, New York, Jonathan and Marj D’Elia of Bridgeport, Connecticut; eleven cousins; in laws Carmine Lamberti and Emilia Rispoli, brothers in law Vincenzo and Silvio Lamberti; sister in law Nicoletta Cirino and his cherished nieces Camilla and Alice Lamberti. Services will be from 6-8 pm on Friday, May 11, 2018, at Anderson McQueen Funeral Home 2201 Dr. M.L. King Street North, St. Petersburg, FL, 33704. In lieu of flowers, contributions may be made in memory of Tallmadge Wakeman “Wake” D’Elia to the University at Albany (SUNY) Foundation, UAB 226, 1400 Washington Avenue, Albany, NY 12222 (https://www.albany.edu/uafoundation/). Condolences can be shared with the family at www.AndersonMcQueen.com.

To send flowers to the family or plant a tree in memory of Tallmadge D'Elia, please visit Tribute Store
Friday
11
May

Please copy and paste link into your preferred browser to view services via webcast. http://webcasts.lifetributes.com/893097

Share Your Memory of
Tallmadge
Upload Your Memory View All Memories
Be the first to upload a memory!
Share A Memory
Send Flowers