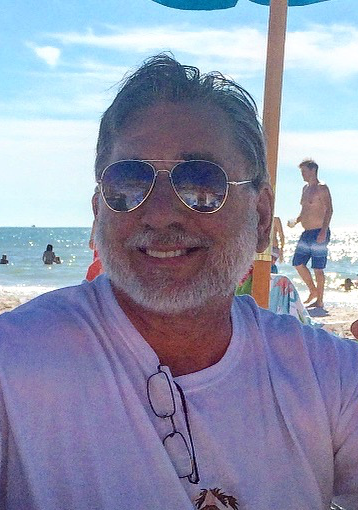 George lived each moment with great love and contagious enthusiasm, and greeted each person with his sparkling eyes and warm, welcoming smile. His commitment to spreading happiness brought so much joy to all those fortunate enough to partake in his many adventures.

George shared his life with his beloved wife, Jeanine Kranick; his beautiful daughters, Linsey Snyder McDevitt, of Monroeville, PA and Alexandra Kranick of Brooklyn Heights, NY; and his grandchildren, who he absolutely adored, Taylor Jade Snyder and William McDevitt.

He is survived by his siblings, Fred Snyder, Nanceen Sandler (Ron), Susan Gilmore (Russ), and Charles Snyder. He was predeceased by his parents, Fred and Mary Snyder; and his dear brother, Robert Snyder.

George’s greatest gift was his ability to nourish others - with endless food, love, and kindness. This compassionate nature will be deeply missed by his loving family; his St. Pete neighborhood family, of whom he was lovingly deemed "Mayor George"; and his many friends both near and far. He knew no strangers.

George grew up outside of Pittsburgh, PA; and later proudly served in the U.S. Army - 82nd Airborne Division. Upon his return, he embraced a career as “Chef George," leading outstanding culinary teams in several restaurants across the country. He was an inspiring leader, encouraging mentor, and caring friend to many.

In 1999 he settled down in sunny St. Pete with his family, where he was often spotted cruising the downtown neighborhoods on bicycle or motorcycle, delivering tasty treats to share. For the past few years, George taught cooking classes, catered many events, and travelled around creating meals and chaos in kitchens from Alaska to Colorado, with various stops in between. He was committed to sharing his time and talents with several local charities, including Ronald McDonald House Charities in St Petersburg.

George's zest for life and giving nature will live on in all of us who have shared in his incredible journey, and he will continue to be an example of how to truly live and care for others.

To send flowers to the family or plant a tree in memory of George Snyder, please visit Tribute Store
Sunday
13
October