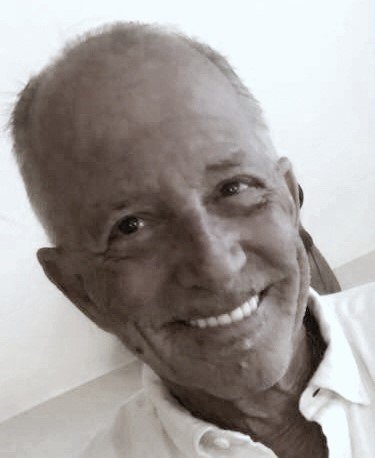 Paul Edward Decker, 70, of St. Petersburg passed away Tuesday morning, September 4, 2018 at his home in the gentle care of hospice and his loving family. Born in Englewood, N.J., raised in Albany, N.Y. Paul and his family relocated to St. Petersburg twenty years ago. “The Duke” spent his entire working life in retail management; first in the Albany area then at St. Pete Paint and Hardware and seasonally at Macys and for Tampa Bay Rays.

Paul was driven by the belief that he could sell anything to anyone culminating in a career in retail management that included selling parking spots at Vermont ski resorts; gold and jewelry year round along the Banks of the Mohawk River; upstate, in Amsterdam, New York; and paint and hardware items (from a man who truly did not know one end of a hammer or paint brush from the other) in his adopted home of St. Petersburg.

The one thing that Paul never had trouble selling was his lifelong love affair with baseball. Witness his 15 year devotion to the Rays as a behind home plate usher and all things New York football Giants.

Paramount to Paul’s ‘management’ style was his undying, loving commitment to his forty-three year love affair with his wife, Claudia. The complete expression of his heartfelt love and pride he found in his two sons: Anthony (41) and Luke (37).  But, perhaps, most especially the regenerative power he found in the joy and innocence of his grandchildren: Sean (8), Gabriel (7), Michael (4) and darling Eva Maria (11 months), the first female Decker in ninety-nine years. (Something Paul took great pleasure in letting the world know.)

Paul’s irascible, sardonic smile and endless joy for life was often reflected in his ‘precise’ use of language. For example: the ever present “My best guess,” which, of course, was never a ‘guess’ about anything or the rather imprecise use of the pronoun “we” that meant “you” when confronted with a task; no matter how onerous or mundane.

Paul will be greatly missed by all those he touched and was touched by.

To send flowers to the family or plant a tree in memory of Paul Decker, please visit Tribute Store
Sunday
9
September

Share Your Memory of
Paul
Upload Your Memory View All Memories
Be the first to upload a memory!
Share A Memory
Send Flowers