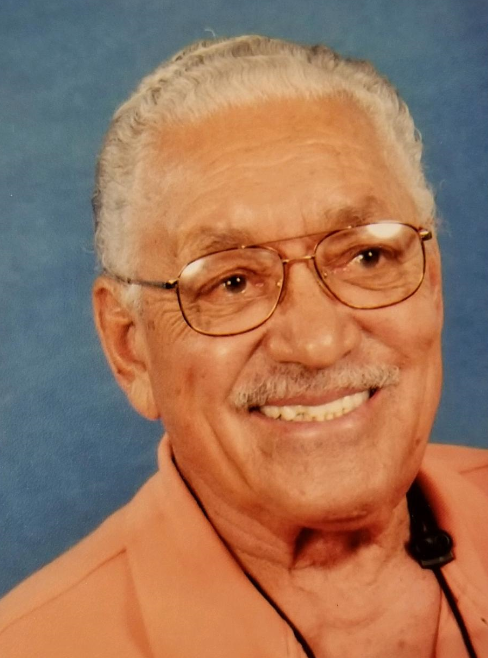 Eugene E. Douglas “Gene”, 88, was born August 12, 1930 in Detroit, Michigan to Ernest E. Douglas and Frances Amelia Collins. When he was a teenager, they moved to Pelion, South Carolina, where at the age of 17 he joined the U.S. Navy, going for training in San Diego. He served ten years, including serving in the Korean War. Upon retirement, he returned to Detroit where he attended technical engineering school, and upon graduation, he was hired by IBM, thus starting a 25-year career where he moved up through the ranks. He retired as a fourth level manager in Operations Systems (large computers). Most of his career was spent in Poughkeepsie and Kingston, New York. He was also one of the managers who started the Stuyvesant Plant in Brooklyn, New York. In 1987, upon retiring, he moved to St Petersburg, Florida, where he remained until now. He loved boating, fishing, dancing and lived life to the fullest. He was preceded in death by his parents and his sister, Delores Ford. He is survived by his wife of 35 years, Ligia Douglas; son, Greg Douglas of New Paltz, New York; daughter, Sharon Douglas of Miami, Florida; step-sons, Kenneth Renta of London, England; and Robert Renta of St. Petersburg, Florida; and his grandson, Zachary Douglas of New Paltz, New York. A visitation will be held 5-8pm Sunday, Oct. 28, with an 11am funeral service to follow Monday, Oct. 29, at Anderson-McQueen Funeral Home, 2201 Dr. MLK St N, St Petersburg, FL. Interment will take place at Sarasota National Cemetery. In lieu of flowers, the family requests donations be made to Suncoast Hospice of St. Petersburg.

To send flowers to the family or plant a tree in memory of Eugene Douglas, please visit Tribute Store
Print
Sunday
28
October