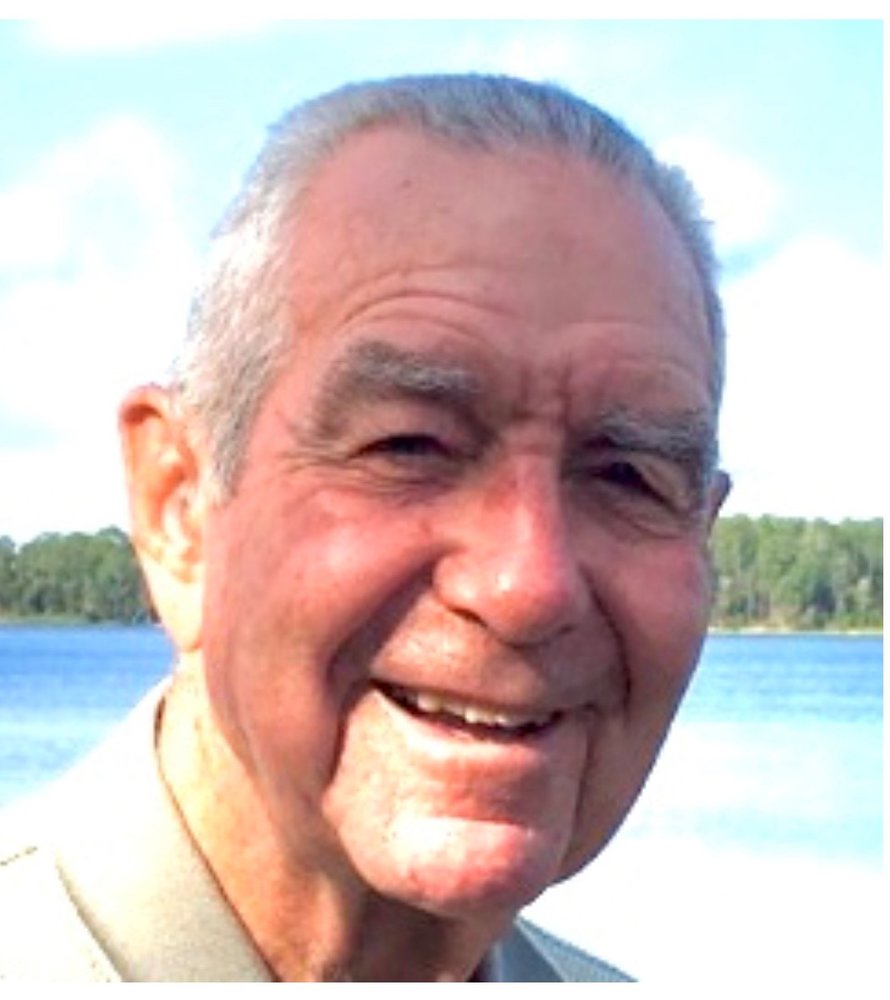 Leonard E. White, 87, formerly of Ailey, GA, died Tuesday, October 22, 2019 surrounded by his family at the Masonic Home of Florida in St. Petersburg.

He was born in Chrisney, IN on December 8, 1931, to Russell and Mildred White. He is preceded in death by his parents; an infant son, Christopher; and two brothers, Russell Jr., and Rolland White. He is survived by two sons, Dale White of Tallahassee, FL, and Darrel White (Gina) of Fort Mill, SC; one daughter, Sherry White (Michelle Duffy) of Clearwater, FL; three granddaughters, Nicole Von Seggern (Mike), Megan Feagle (Justin), and Amanda White; two brothers, Garland White (Norma Sue) and J White, as well as nieces, nephews, and many friends.

As a young adult, Leonard served in the Korean War as a Navy Seabee. After the war, he moved from his home in Indiana to south Palm Beach County, FL, where he lived for 51 years and was President of Flavor-Pict-Coop, a large farming operation. He then formed Commercial Associates Realty in Delray Beach, and later retired to Ailey, GA in 2007 where he attended McGregor Presbyterian Church. While in Palm Beach County he served his community through various leadership roles including the Florida Farm Bureau and Delray Beach Board of Realtors, among others. He was an avid outdoorsman and fully enjoyed cattle ranching, fishing, and hunting, the latter being a beloved hobby until moving to the Masonic Home one year ago. Leonard  was a 58-year member of the Boynton Beach F & AM, FL, #236 Masonic Lodge, and served as Worshipful Master in 1968. He was a 32nd degree Mason in the Scottish Rite Valley of Lake Worth.

A memorial service will be held at the Masonic Home, 3201 1st Street NE St. Petersburg, FL, 33704, on Friday, November 1 at 3pm. Anderson-McQueen Funeral Home and the Masonic Home are in charge of arrangements.

Share Your Memory of
Leonard
Upload Your Memory View All Memories
Be the first to upload a memory!
Share A Memory
Send Flowers