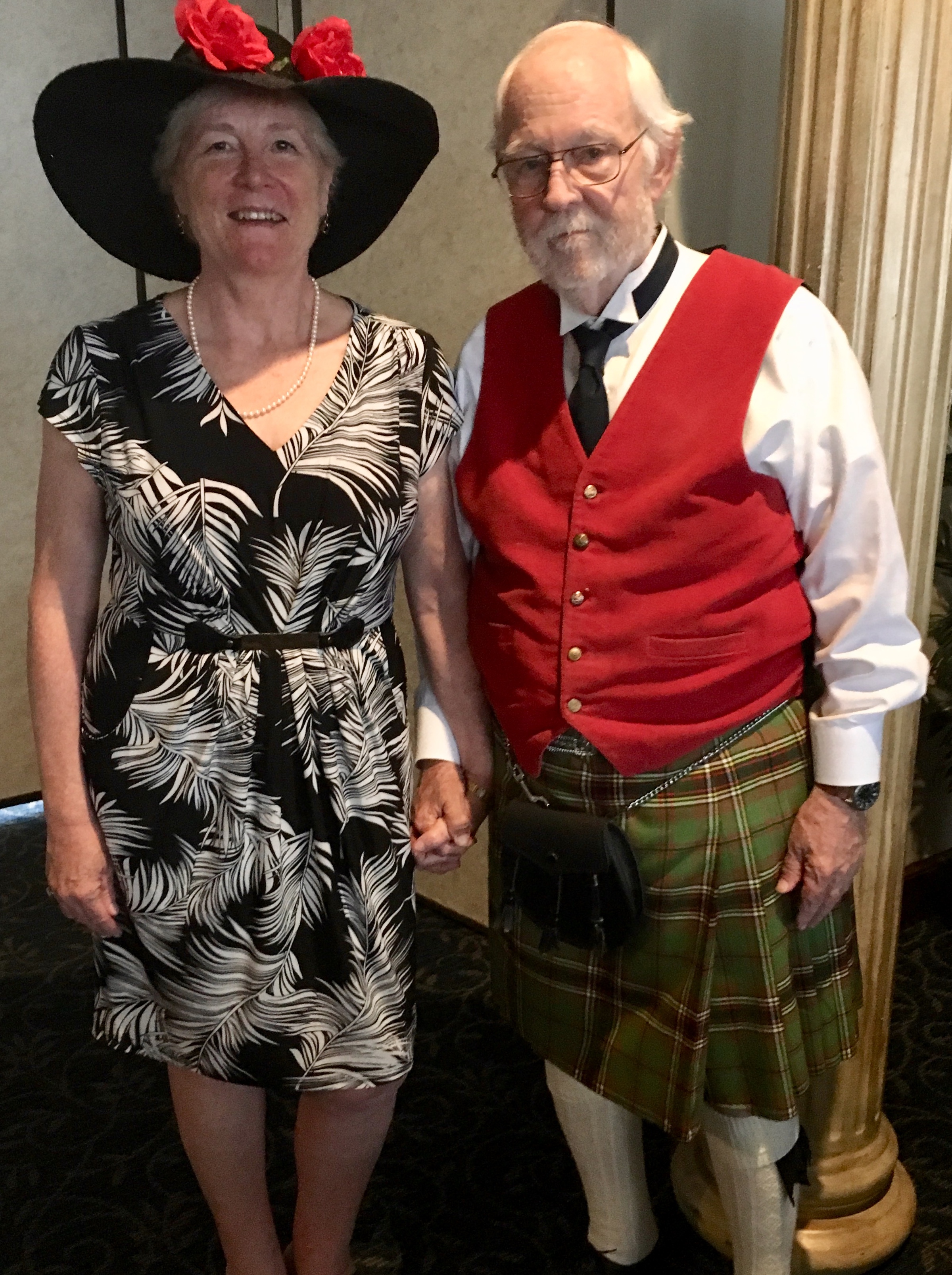 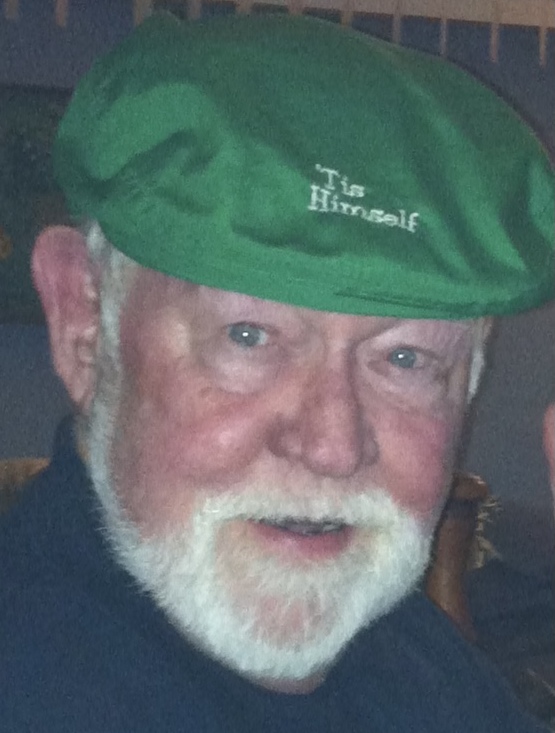 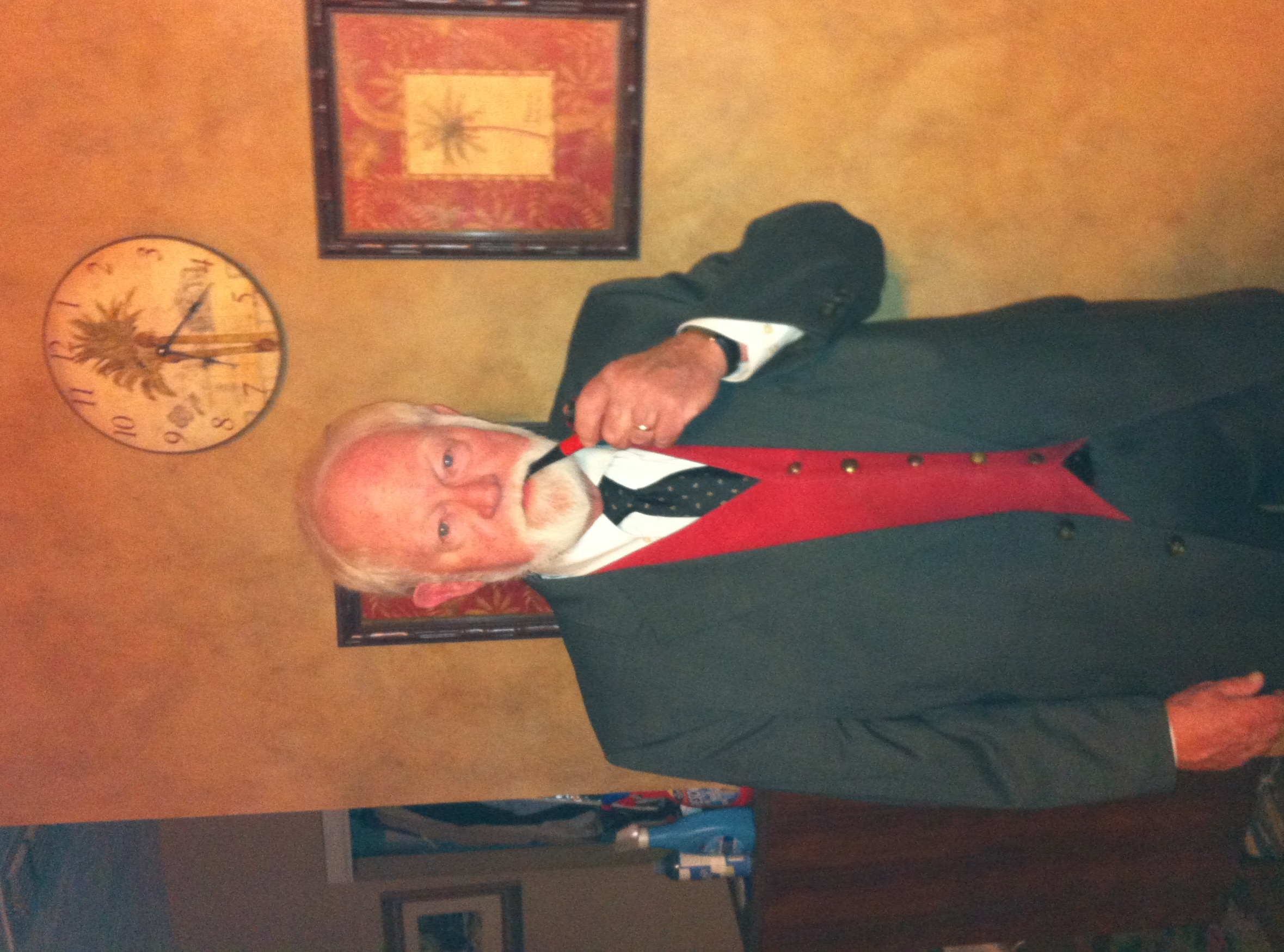 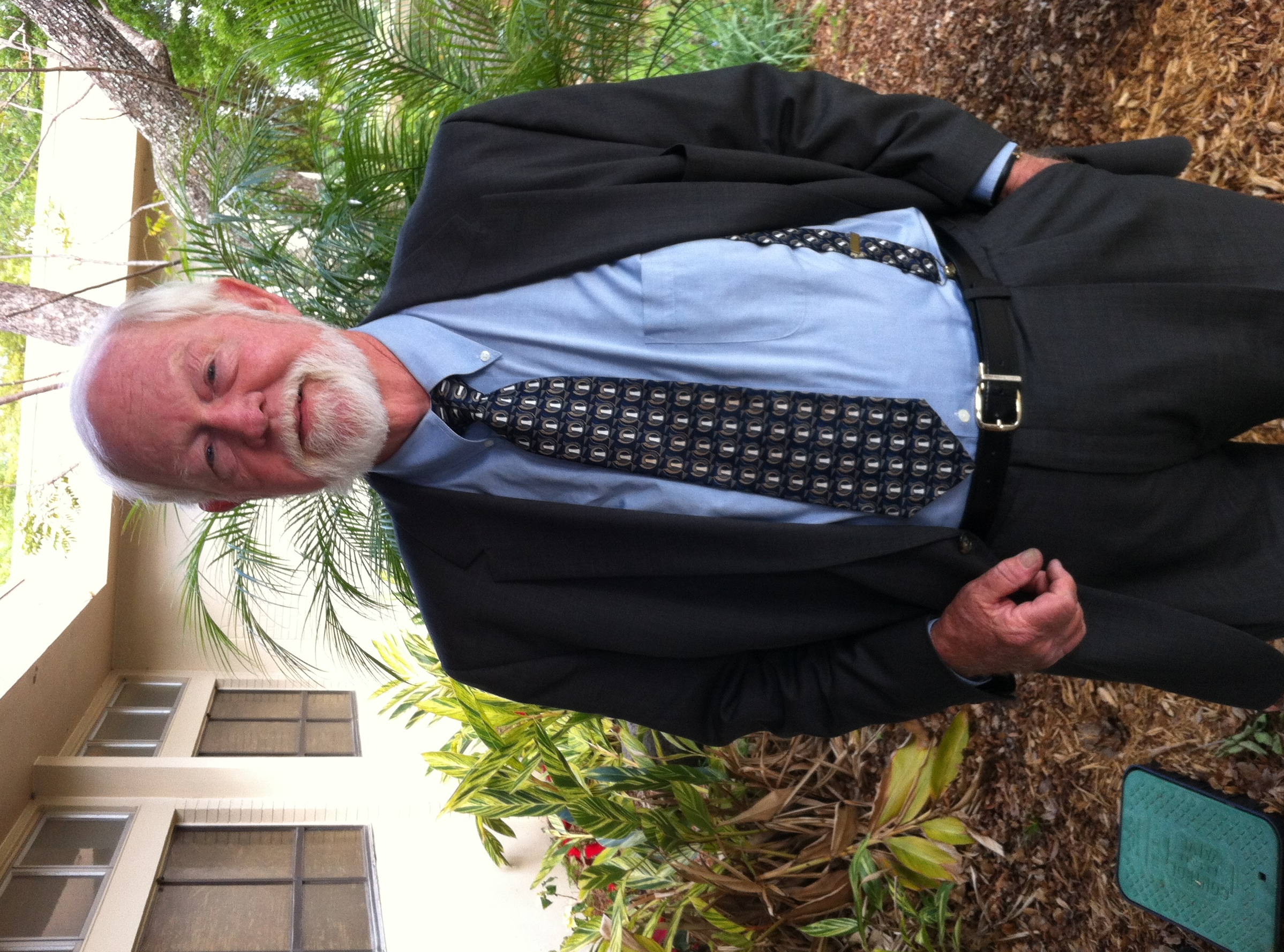 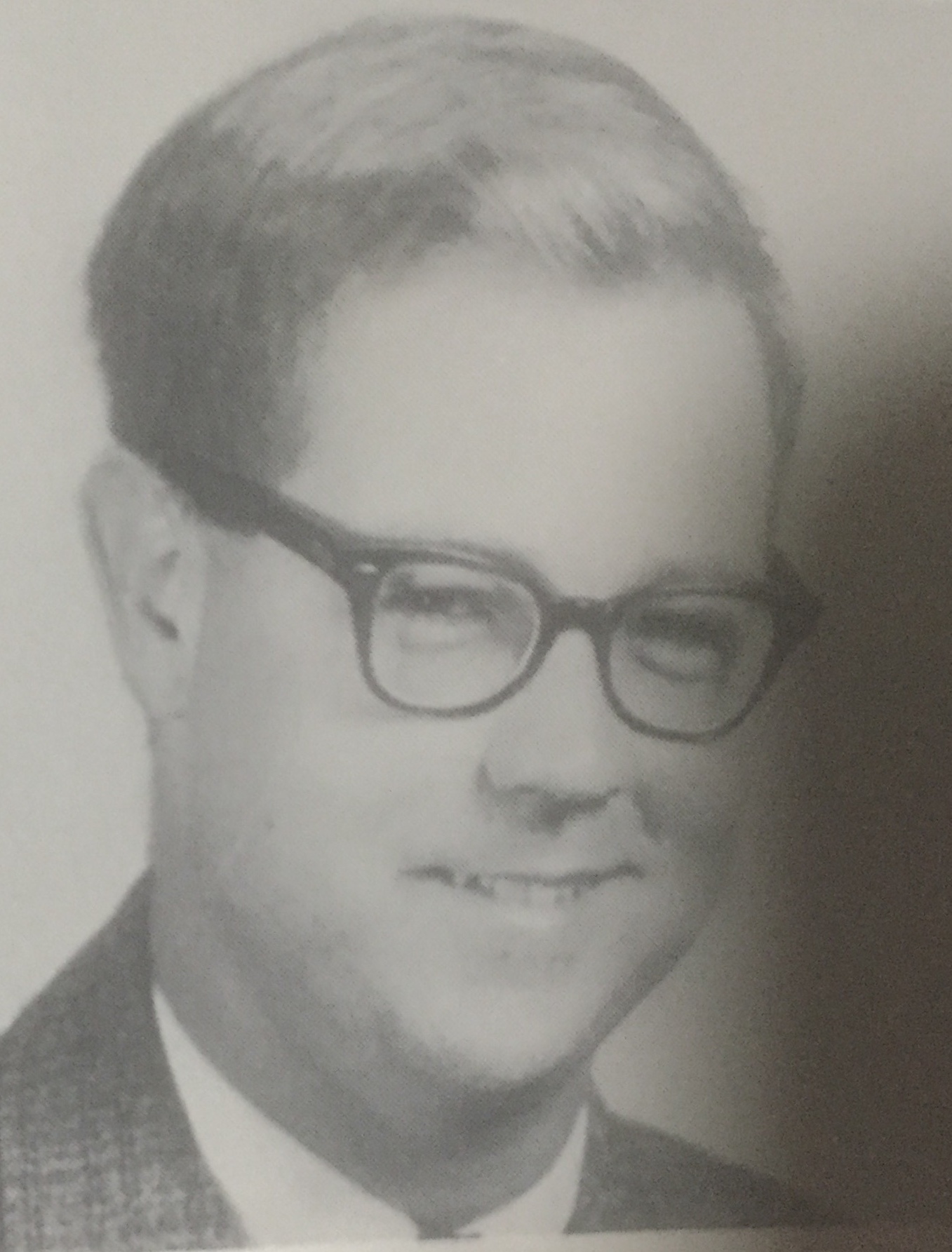 Thomas Cary Pierce, born July 23, 1937, died May 22, 2021, was that rarest of beings: a multi-generational native Floridian. That’s on his mom’s side. His dad was an interloper like the rest of us; he followed his dreams after, among other things, helping build Neyland Stadium at the University of Tennessee.

Tom was born in Tampa, but, as he would often say, “My parents had the good sense to move to St. Pete shortly thereafter.” So, you can say, his life is bookended by Pinellas County. He grew up in Old Northeast, St. Petersburg, and he died blocks away from that home at Concordia Manor. He had Alzheimer’s.

In fact, he spent little of his life other places besides Pinellas County. Just a stint in the Navy after high school, his first job in Venice and a couple of decades in Orlando. He was a Florida boy, through and through.

He graduated from St. Petersburg High, and, after the Navy, graduated from the University of Florida. He then began to share his gifts with the world, as a teacher.

First, it was at the secondary level: Venice, briefly, then Clearwater High for 17 years. (That’s where Tom and Gina met.)

Then, he got his master’s and moved up to teach at the collegiate level, 17 years again at Valencia Community College, then Seminole CC, Stetson, Florida Southern and University of South Florida.

His students, we are legion!

Tommy’s great gift to the world is the volume of lives he touched as a teacher, mentor, adviser, confidant and friend. He has produced editors, managing editors, publishers, copy editors, designers, reporters and people who chose other vocations but learned how to communicate well. Many have stayed in touch.

Along the way, he met and married Barbara, mother to his daughter, Erin. In turn, Erin and her husband, Mike, gave us granddaughters, Ryan and Teagan.

About the time Barb and Tom split, he moved to Orlando.

That’s where Gina and Tom met back up.

We were privileged to work together at the Orlando Sentinel and the Tampa Bay Times. Tommy always believed in doing the job as well as teaching how to do it, and he was an excellent copy editor. He worked two jobs most of his life; such is the lot of most teachers.

His sister also became a teacher, and then a librarian. We lost her in 2006 and miss her daily.

Tom fully retired just a few years ago. He continued to spoil Gina rotten till he could no longer. We spent many an hour at St. Petersburg Yacht Club, where fellow members and staff are more than just friends. We played a lot of golf, sailed some, worked a bunch of race committee, traveled some and enjoyed our friends and family when Gina wasn’t working.

Covid was cruel in keeping us apart. We did window visits most days. We got to hold hands, at least, and share music when others didn’t get that chance. Till the end, it has been a good life. But now he is freed from Purgatory.

My thanks to Lake House ALF, Largo, and Concordia Manor, St. Petersburg, for loving Tom and taking good care of him when I couldn’t do it anymore.

A memorial and celebration of life will occur in July at St. Petersburg Yacht Club. In lieu of flowers, please consider a gift to Poynter Institute or the Alzheimer’s Foundation in his name.

My dad passed away peacefully last night in his sleep at the seasoned age of 83 not far from the neighborhood in which he grew up in St. Petersburg, Florida. Several years ago, dementia started taking bits of him from us, so while I am sad that he is no longer in our lives, I like to think that he has regained all of his faculties wherever he is now with his little sister, Martha, who preceded him way too soon back in 2006.

Dad could give Dos Equis “Most Interesting Man in the World” a run for his money. He loved to sail and to play golf. He loved to watch his alma mater University of Florida play football and to attend Tampa Bay Rays games. He was a voracious reader and journalist. While he never learned to play an instrument, he adored live music, especially jazz. He has passed on that love to Teagan who now has some of his Chet Baker records. One of my favorite memories will always be taking Dad and his wife Gina to the Jazz Festival in Luxembourg listening to a group of horn players float on a dinghy in the Moselle River. He loved opera, CBS Sunday Morning, and to my delight, Queer Eye for the Straight Guy.

Dad was also a hard worker. Throughout most of my life, he worked two jobs – he was a teacher and yearbook adviser at Clearwater High School, and then a professor of Journalism at Valencia Community College where they produced award-winning publications and was a mentor for many students. In his spare time, he worked the copy desk at the Orlando Sentinel and the St. Petersburg Times for many, many years. He was very handy and could be relied upon to fix or jury-rig most things – skills he likely procured from his time serving in the Navy.

He loved cats (most recently Murray and Murphy), was a master at the grill, could make a great cocktail and amazing “Tomlettes.” He was a grammar nerd, staunch Democrat and a fierce advocate of the First Amendment (what good journalist wouldn’t be?) One of his favorite pastimes was debating politics with his oldest and dearest friend, Jerry Hammill, who has always been a staunch Republican.

With that description, you can see how he has influenced me and the person that I have become. He was a kind man who will be missed not only by us and his wife Gina, but by the students whom he inspired, his newspaper colleagues and his yacht club friends. I like to think that he is hanging out with his sister Martha and my Grandma, martini in one hand and his pipe in the other while listening to some great live music. Rest In Peace, Dad.

To send flowers to the family or plant a tree in memory of Thomas Pierce, please visit Tribute Store