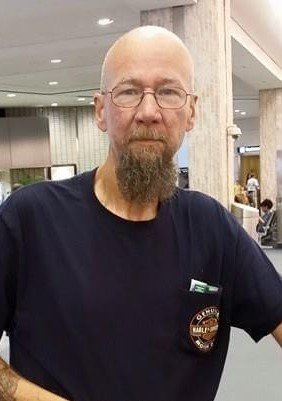 Michael Charles Gibes “Mike”, 67 of St Petersburg, FL, passed away surrounded by his loving family on June 23, 2021. He was preceded in passing by his parents Ted & Norma Gibes, and one grandson, Damian. Mike is survived by his children, Jason (Kristie) Gibes, Jami (Chad) Bordner-Gibes, Michael (Sarah) Near, Nicole (Charles) Butler and Deidra (Matthew) Kunin; his grandchildren, Jayden, Rebecca, Joseph, Alexis, Brianna, Wesley, and Anthony; as well as many other adopted children, including Dawn Griffith and her daughter, Rosie, and other family members whom he always greeted with open arms.

In his earlier years, Mike was in the Marine Corps who served in the Vietnam War. After the War, he spent time as a recruiter. From his military service on into his civilian life, he remained passionate about his patriotism and country. He continued this passion by spending time involved in different charities for veterans. Mike also became a member of American Legion posts while in Michigan, including those in South Gate & Dearborn, Michigan, that he continued to stay active in even over his years in Florida.

A celebration of life will be held at Anderson-McQueen Funeral Home, 7820 38th Avenue North, on Wednesday, June 30th at 5:30PM, with an invitation of family and friends beginning at 5:00PM.

To send flowers to the family or plant a tree in memory of Mike Gibes, please visit Tribute Store
Print
Wednesday
30
June