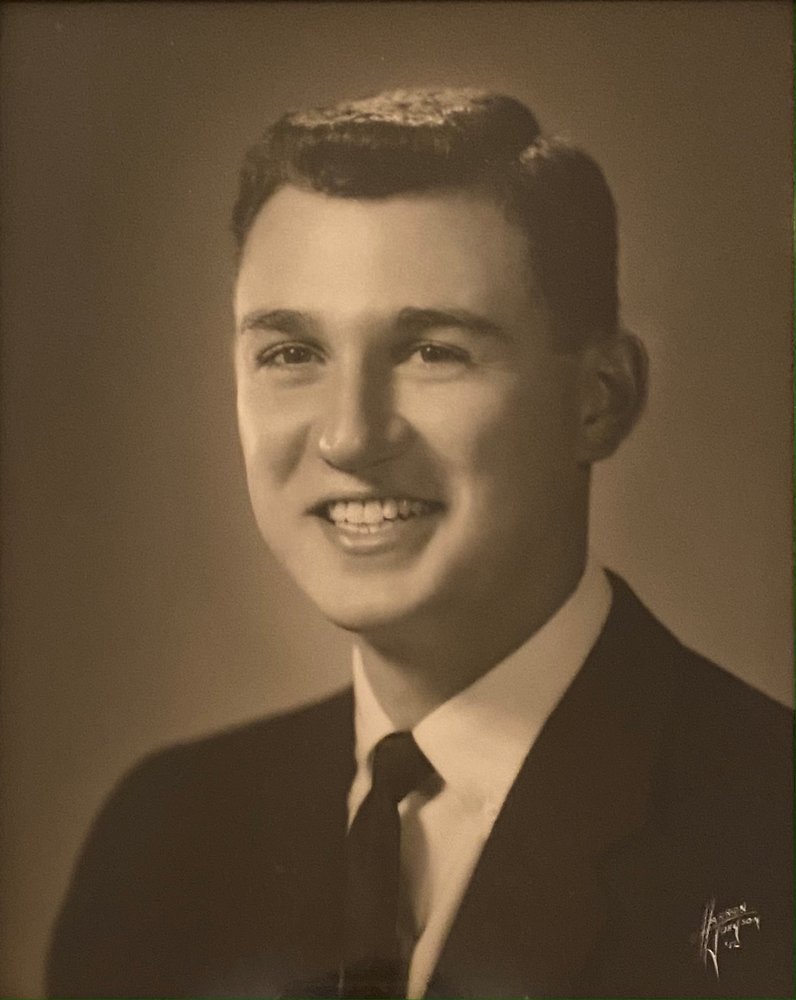 Edward Francis Hughes III, 88, of St Petersburg, passed away peacefully July 14, 2021. Born and raised in Kansas City, Missouri, where he attended Rockhurst High School. Afterwards he attended Rockhurst College, before being drafted in the United States Army where he served from 1953-1955. After his time in the military, Edward returned and completed his degree in Marketing.

In 1956 he met his future wife, Rose Mary Schultz while she was a nurse at St. Joseph Hospital in Kansas City, Missouri. They eventually married October 4, 1958 and began their life together. Relocated to Grand Rapids, Michigan until 1964 before relocating to St Petersburg, Florida. Together they raised eight children. He was a member of the Optimist Club and the Knights of Columbus Father Lopez counsel. He was a lifetime member of Elks Lodge #1224. In addition, he was a member of Holy Cross Catholic Church as one of the founding members since 1964, where he served as Lector and Eucharistic Minister. Edward also served as referee on the Sunshine Officials Association in Pinellas County for 39 years.

A visitation will be held on Monday, July 19th from 5-7PM at Anderson-McQueen Funeral Home, 7820 38th Avenue, with a funeral mass held on Tuesday, July 20th at 4PM at Holy Cross Catholic Church, 7851 54th Avenue North. Interment will take place at a later date at Calvary Catholic Cemetery. In lieu of flowers, please make a donation to a charity of your choosing.

To send flowers to the family or plant a tree in memory of Edward Hughes, please visit Tribute Store
Print
Share A Memory
Send Flowers