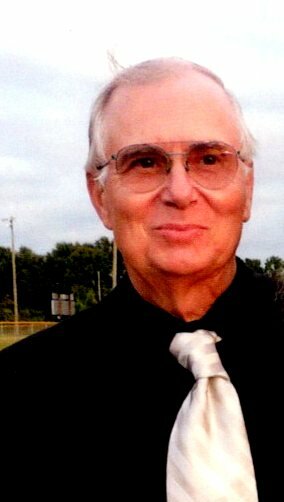 Obituary of Richard A. Osimo

It is with immense sadness that we announce the death of Richard Arthur Osimo who passed away at Largo Medical Center on August 24th, 2021, after suffering a sudden heart condition.

Richard was born to the late Tullio and Marie (Arpin) Osimo and was raised along with his older brother Ronald, sister Barbara and younger brother Clifford in Southbridge, MA.

He leaves his wife of 55 years, Jeanne (Proulx) Osimo.  They were married October 19, 1966. He is also survived by his son Jason and his wife Laura, three adoring granddaughters, Jessica, Kate, and Emily Osimo and three adopted granddaughters, Taylor, Erica, and Nevaeh, along with many nieces, nephews, aunts, and uncles. He was predeceased by his son Todd Lee Osimo in 1997.

He graduated from Cole Trade High School in 1966 where he studied to be a machinist and later received a bachelor’s degree in Mechanical Engineering Technology from Central New England College of Technology on 1 June 1980.

Richard upon graduation from Cole Trade worked at Mom’s Bakery and Machine Shops in Southbridge before commuting daily to  Pratt and Whitney Machine Tools in East Hartford CT.  He next worked at American Optical Company in Southbridge, MA.  A job-related move took him to where he settled in Largo, Florida working at Essilor of America from 1985 to 2004.

He  was a patriot, first and foremost. He believed in God and Country.  RICHARD ARTHUR OSIMO ENGINEMAN  SECOND  CLASS U.S.COAST GUARD RESERVE was Honorably Discharged on the 4th day of July 1973 as a testimonial of  SERVING 7 YEARS OF HONEST AND FAITHFUL SERVICE  TO HIS COUNTRY.

While living in Southbridge he was a member of the Italian American Club and served on several committees.

Richard was an enthusiastic conversationalist who enjoyed sharing his facts and stories, although sometimes boring, with family and friends but we loved him for his passion for the telling!  He loved his pets especially his son Jason’s dog Lucy.  They were inseparable and both looked forward to their everyday walk and extra treats.

Thanks is extended to his two brothers, Ronald and Clifford and his sister Barbara Osimo and nieces and nephews whom he dearly loved.

A Funeral Mass is scheduled for 10am, Saturday, October 2, 2021, at Holy Cross Catholic Church in St Petersburg, Florida. A recording of his service will be available for viewing immediatley after. To share memories, photographs, and condolences with Richard’s family, please visit www.andersonmcqueen.com.

To send flowers to the family or plant a tree in memory of Richard Osimo, please visit Tribute Store
Saturday
2
October