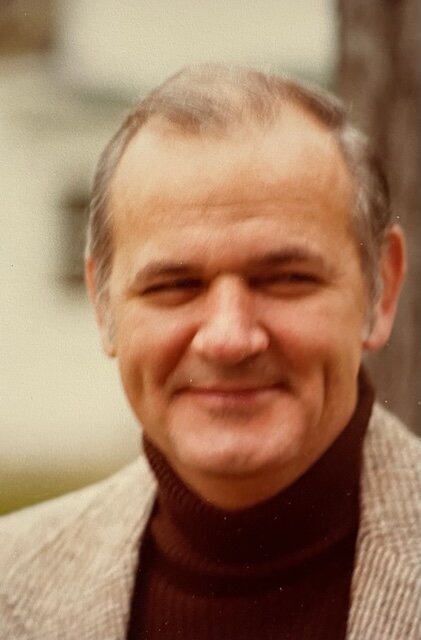 Clearwater, Florida. Adam resided in the Cleveland area until 2016. He then became a resident of Florida.

Adam was an alum of Rhodes High School and Kent State University where he was active in school athletics. He was a Plain Dealer, Cleveland News and Cleveland Press newspaper's area's all-star football player. These newspapers dubbed him, “The Colossus of Rhodes.” He played in the 1953 Charity Game between the West and East Senate. He scored two touchdowns in the game that Rhodes won over Benedictine, 40-15.

Adam continued his love of football at Kent State, where he was a three year letter-man and voted by the MAC teams as a player they did not like to play against. He also coached CYO football for 12 years, splitting his time between Holy Family Parma (5 years) and St. Luke's Lakewood (7 years). His record as a coach was 101 wins and 14 loses. Adam was also an OHSAA State Champion track athlete. He became an advocate and fan of High School, College and AAU Wrestling. As an adult he played tennis, golf, baseball and bowling. He was also an artist whose friends and family commissioned him to paint pictures for them and he loved playing cards.

Adam was employed by J&L/LTV Steel for 42 years. He was their Metallurgical Rep to General Motors. He was also a major participant in the building of General Motor's Buick City in Flint, Michigan. He won numerous General Manager Awards over the years.

Adam was the son of Adam Sr. and Margaret Robertson, and brother of Alexander (all deceased).

Adam bravely suffered heart issues over the past several years. He will always be remembered for his kindness, gentlemanly ways, a deep love for family and friends and a spirit of caring that will

surround us forever. Play on ye bag pipes, play on!

To send flowers to the family or plant a tree in memory of Adam Robertson Jr., please visit Tribute Store

Share Your Memory of
Adam
Upload Your Memory View All Memories
Be the first to upload a memory!
Share A Memory
Send Flowers