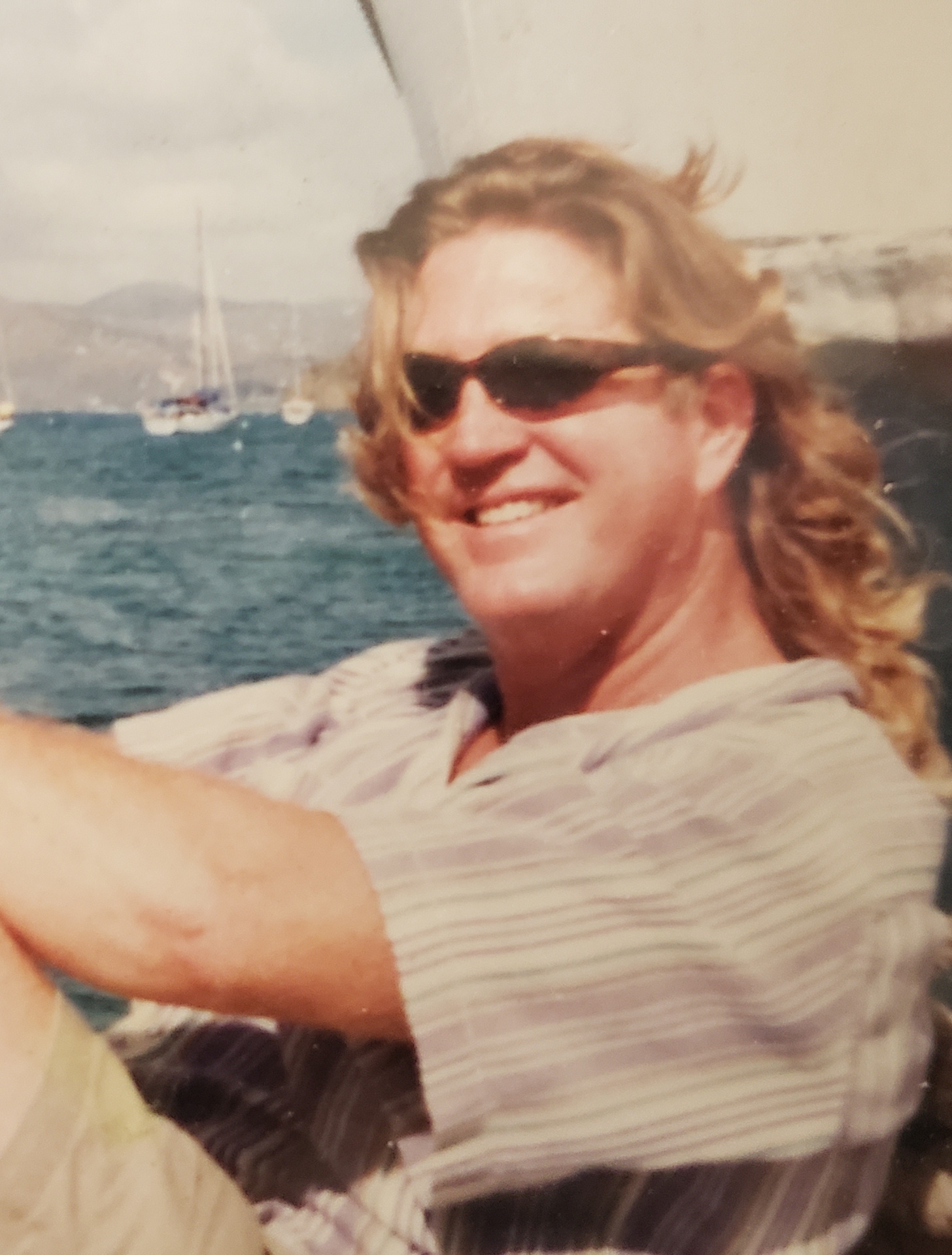 Gregory W. Springer, 55 years old, died on Saturday, February 12, 2022, at his condo in St. Petersburg, FL. Greg was the youngest of five children and born and raised in St. Petersburg, Florida. He was a graduate of St. Petersburg High School and continued his education at St. Petersburg Junior College. Greg worked in construction which took him all through the Caribbean building stores and such. Upon return to the U.S. he worked on building condos along our beaches. Later on embarked on a new trade where he was a carpenter on the woodwork inside new yachts. Sadly, Greg had to give this up due to the smell from the fiberglass resin.

He was an avid fisherman, boater and surfer. Wherever there were waves he was there, of course this was in his younger days. Greg lived on his sailboat for a few years until he had to give that up because of health issues. He loved sunrises and sunsets and he could view both from his Condo. Greg enjoyed watching the space launches as our Father was an engineer at NASA and worked on the Apollo Missions, our whole family enjoyed watching them because it was a big part of our lives. Greg loved to be around people and was there for anyone who needed a helping hand. Everyone who knew him loved him, when he was younger he was the life of the party.

Greg is Survived by his Mother Patricia A. Springer of St. Petersburg, FL, Sister Pamela Springer Hummer and Brother-in-Law George Hummer and very close nephew Stephen Christopher Hummer of St. Petersburg, FL, Sister Carol Williamson of South Carolina, Sister Barbara Morrow and Brother-in-Law Charles Morrow of Washington State. He is also survived by many nieces, nephews, and cousins all across the country. We will love you forever baby brother and you will be greatly missed.

There will be no services at this time.  Greg's wishes were to be cremated and be scattered in the Gulf of Mexico.

To send flowers to the family or plant a tree in memory of Gregory Springer, please visit Tribute Store

Share Your Memory of
Gregory
Upload Your Memory View All Memories
Be the first to upload a memory!
Share A Memory
Send Flowers