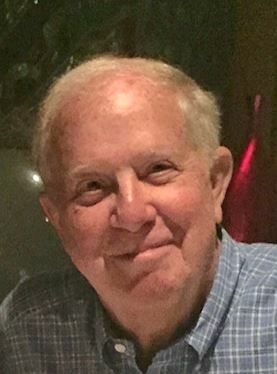 Schultz, G. Robert “Bob”, 87, of St. Petersburg, FL died on April 12, 2022. He was born in Detroit, MI. Bob was a graduate of the University of Michigan (Journalism), class of 1958. He served in the United States Army from 1956 to 1958 and was in the Army reserve until 1962.  He and his family moved to Florida in 1960. Bob graduated from Stetson Law School, class of 1967, and was a member of the Florida Bar.  He practiced primarily family law in St. Petersburg for over forty years; the later years of his career as a mediator. He was an avid hunter and fisherman and was known for his love of dogs, particularly his German wire-haired pointers. Bob was preceded in death by his parents George R. and Jenny L. Schultz and his former wife and friend Elizabeth "Betsy" Schultz. Survivors include his six children Suzie McAree, Sally Ovitt (Mike), Bruce Schultz (Beth) Bobby Schultz (Gabe) Kathy Brenner (Dean) and Steve Schultz, 12 grandchildren and 3 great-grandchildren.  The family wishes to thank his dear friend Ellen for taking his beloved dogs when he was no longer able to care for them.  We also want to express our thanks to the team at Westminster Palms and the Hospice caregivers for their thoughtful and kind care.

In lieu of flowers, Bob would have preferred memorial donations to the SPCA of Tampa Bay www.spcatampabay.org.

A private family memorial service will be held at a later date.