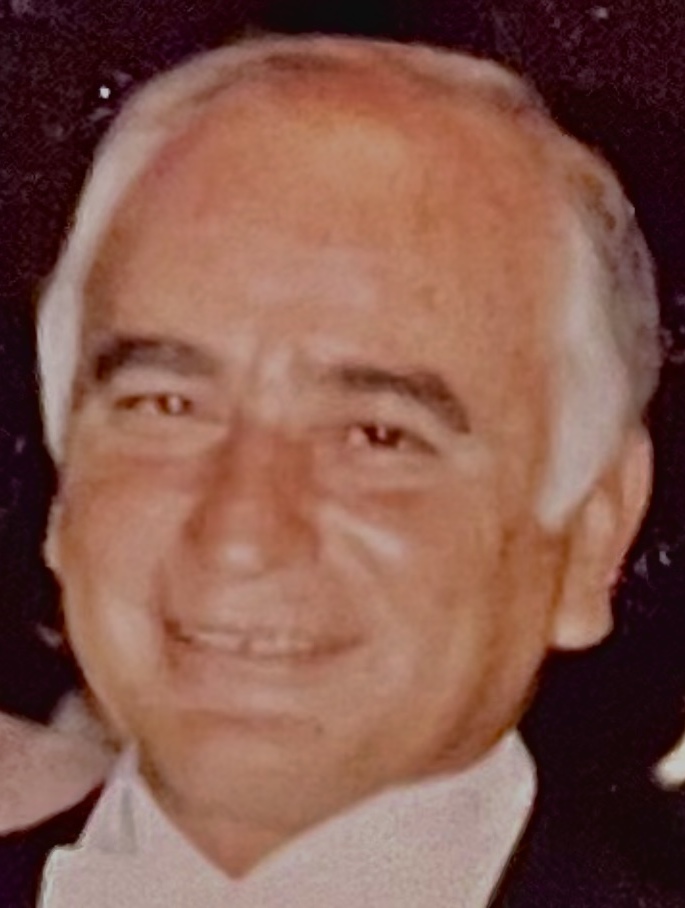 PRENTICE, MIKE, 91, of St. Petersburg, FL passed peacefully surrounded by loved ones on April 22, 2022. He was born during the Interwar Period on August 10, 1930, în Brăila, Romania. He was the 3rd out of 4 children, with his full legal name as Gerasimos Zisimos Haralambos Constantinos Aliprantis to parents Haralambos Costa Aliprantis (father) and Rada Elena Angelescu (mother). Mike and his brothers, John and Angelo, were able to escape the communist/fascist regime of WWII because their father was a citizen of Greece. They first went to a refugee camp in Greece, which separated him from his parents and sister, Viorica "Rica”. After leaving Greece, Mike was able to live and work in Australia for 5 years, and then briefly returned to Greece, and from there lived in Italy and England, and then Canada. Mike was able to see the world, learn many languages and pass on messages/stories to his friends and family on how he cherished freedom and prosperity; and how he wanted to achieve "The American Dream". While Mike was in Canada, he became a professional ballroom dancer, eventually meeting his wife, Bobby, at a dance studio in Eerie, PA. They married and owned/ran 4 Arthur Murray ballroom dance studios throughout Canada. Mike and Bobby lived in Sudbury, ON and, while there, had their 1st daughter, Michele. While in Canada, Mike legally changed his name to "Mike Prentice". Then, in 1964, he moved his family to Florida and soon after had his second daughter, Debby.

Mike reunited with his siblings and parents right here in St. Petersburg, FL., after years of being separated. He and Bobby both settled and raised their daughters, Michele and Debby, and his dreams came true of finally becoming a US Citizen. For 20 years, Mike and Bobby owned and ran their own ballroom dance studios all around Pinellas County, and later on in his life he owned and operated a surge protection company, ECLIPS, which expanded into a publicly traded company known as World Energy Solutions (WEGY), until he retired in his mid-80's. Mike also owned the Downtowner apartments on 4th street, and had a limousine business as well. He was an Ambassador of the Royal Jesters, long-time member and appointed King "Neptunus Rex XII" of the Ye Mystic Krewe of Neptune, and a member of the Shriners Club of Tampa. Mike also participated in theEgypt Shrine Midgit Motors.

Mike was a man of many talents and it was no secret that he was the "life of the party" and socialite in the Tampa Bay Area. He was a successful businessman, brother, husband, father, uncle, grandfather and great-grandfather. He was a very unique man who truly lived every single day to its fullest in a country where he was allowed to be free. He enjoyed staying active by swimming twice a day, drinking a midday/early evening martini and going ballroom dancing every Friday night.

He will be loved and missed by many; but his stories, journeys and humor will remain in our hearts forever. There will never be time for Mike to rest in peace; now is his time to dance in peace for eternity.

Family and Friends are invited to a Celebration of Life which will be held at The Club of Treasure Island on Saturday, June 18th from 12-3.

In the Honor and Remberance of Mike, please donate to Shriners Hospital, in lieu of flowers,

Share Your Memory of
Mike
Upload Your Memory View All Memories
Be the first to upload a memory!
Share A Memory