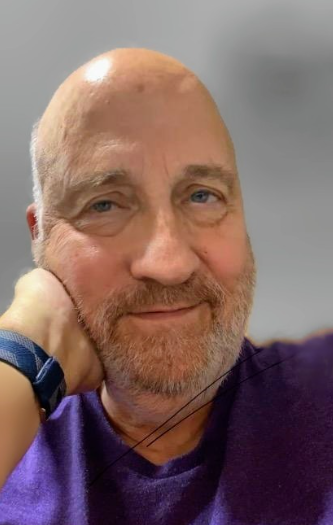 Louis Eliot Schorr of Massachusetts was born on September 6, 1949, a child of Stanley and Denise Schorr (Khaitman). He passed away the morning of October 1st, 2022, at Largo Medical Hospital in Largo, Florida. He lived an interesting life from start to finish and touched a lot of people's lives along the way.

Who was Louis Schorr? First you can hear about it straight from his own mouth from an article he did in 2017. You can read the full story here >>> Louis Boston Voyager Interview

“Very outgoing individual and funny….always interested in the food world because my mother opened in the Boston area one of the first French Cooking Schools. My mother was the first French World War II War Bride from Paris and a Holocaust survivor to marry an American Army Officer. Always been a lover of good quality foods and Classical Music. I am one of 6 children and the only one to pursue the food world.”

Ken Jones, one of his childhood lifelong friends says…

“Louis spent most of his younger years in Fitchburg MA. He always loved music and played clarinet in the Fitchburg High School band. One of his proudest moments was when he was named drum major in the FHS marching band. It was also when he developed his love of the culinary arts and learned French cuisine from his mother. In the late 60’s Lou’s family moved to Natick, MA. He graduated from Natick High School and continued his education at Quinsigamond Community College.”

Louis Schorr got a degree in culinary arts from La Varenne and a bachelor's degree in business from Worcester State College. He was a member of The Culinary Guild of New England and served as a board member for The American Institute of Wine & Food (2).

He began his culinary passion at a young age watching and assisting his mother, Denise, a french chef teacher and author of cookbooks. Louis traveled the world doing cooking presentations and recordings for TV shows as chef on  "Fooding Around" and "The Reluctant Gourmet”. He was a cook for over 35 years of his amazing life.

He was predeceased by his spouse, Pakorn Kerdmolee Schorr, who he spent 23 adventurous, fulfilling and loving years with. They founded and owned a restaurant called Maekha Thai, an Authentic Thai Restaurant in Revere, MA. He always said that PK was his better half, so we don't have to worry about him being alone as we know he will be spending forever united in paradise with the love of his life.

He leaves behind his sister Patricia (St. Denis) of Kenneth City, FL, cousins, several nieces and nephews and many, many friends who love him and thought the world of him. He was predeceased by his parents, his twin sister Gail (Pratt - Jacobs), his sister Susan (Schorr), and his brothers Bryce (Schorr), and John (Arenovski).

Some family and friends close to him left personal messages:

Dustin Pratt (Nephew) - He was an amazing uncle and brother who always put family first no matter what. He was so funny and had such an infectious personality and I always admired him for how brave he was. He was my favorite uncle and I was truly blessed to have him in my life.

Gina Lang (Best Friend) - Lou I remember walking into your restaurant  Maekha Thai with my family and meeting you for the first time. You greeted me with a HUGE SMILE and a warm handshake. Weekly my children requested going back to your restaurant because  the food was so wonderful. On my third visit I can completely recall that day like it was yesterday. I looked at you in your eyes and said to you that you and I are going to become great friends…I also remember you looking at me like I was crazy. Well look at us now, we have been best friends for over 10 years. I cherish every moment that you came down to visit me from Florida, I cherish every conversation that we've ever had, the glasses of wine that we have shared and the best hugs that anyone has ever, ever given me in my life. I am truly blessed that you came into my life. You have taught me so many things, how to be a better cook, how to be a better person and how to truly love someone unconditionally, YOU!! Jim, James, Alexandria and I love you more than you could ever imagine. You have impacted your hearts with so much love and as I always tell you "I LOVE YOU MORE"

Charlotte Williams (Cousin) -  Lou was absolutely the most amazing person.  His Culinary talents and food presentation was outstanding. Lou was very family oriented and wanted to take care of everybody. I think above all his accomplishments his love of family and friends was his best quality. He was a mensch.” “I will always love him”

Kenny Jones (Longtime Friend) - I’m on a roller coaster with Lou’s loss. We reunited after more than thirty years.  Our conversations started off as if it was yesterday. After that he was a constant in my life. When he moved from Waltham to Gardner, he said you’ve got a big cellar. That was the easy part. Lou was a good supervisor as he directed me on where to put each box. I can hear his laugh. We hugged each other when we got together and said goodbye. That is definitely a good thing in hindsight. But think about Lou, who called me his best friend, hugging my 5’ 3” rolly Polly with his height. We both didn't care.

Shanise and Jessica Gosney (Close Friends) -  Louis was a very special, loving, and awe inspiring friend. No matter what he was going through or the pain he still found a way to have joy and spread it. He was so quick on the draw with his sassy comments or jokes. We will miss our morning coffee round table sessions and our good morning texts. We love you Louie, you have touched our lives and the lives of our children. It was such a pleasure to have met you and to spend as much time with you as we had.

Sources of information from family and friends as well as:

To send flowers to the family or plant a tree in memory of Louis Schorr, please visit Tribute Store

Share Your Memory of
Louis
Upload Your Memory View All Memories
Be the first to upload a memory!
Share A Memory
Send Flowers