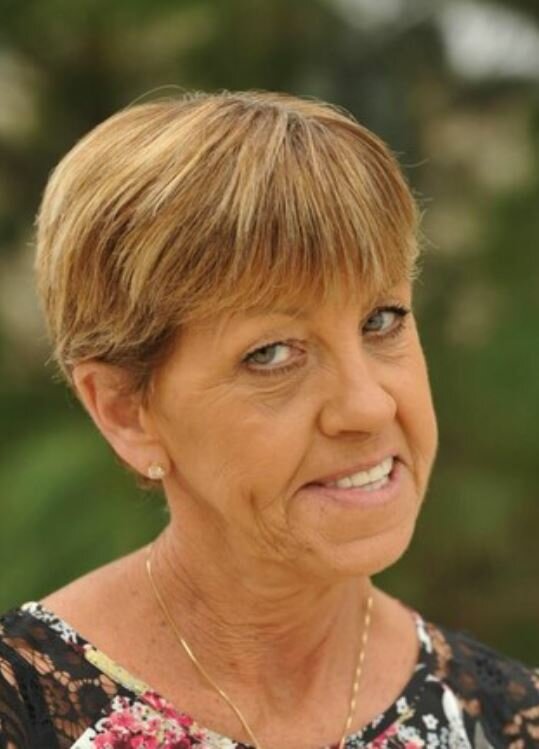 McIntosh, Sandra J. (63) of Largo, Florida passed away on October the 17th, 2022. Born in Indiana and raised in Florida, she graduated Gibbs High School in 1977. She later received her Bachelor of Science Degree at Kennedy Wesleyan College.

Sandra was preceded in death by her father, Joseph, her mother, Doreen, her Aunt Macie, Aunt Virginia, Uncle Philmore, Uncle Olen, and her son, David Preston.

She was survived by her beloved husband, David, her loving daughters, Amy (Ken), Stephanie (Bob), and honorary daughter, Johanna (Jason). Along with her mother, Henrietta, and four sisters, Vivian (John), Debbie (Moe), Brenda (Jerry), and Melanie (Shawn). She had two wonderful grandchildren, Izabel and David. As well as seven nieces and nephews, Michael, Jennifer, Bill (Jessie), Jamie, Devin, Megan, and Annabel. Last but not least, her four-legged son, Abner.

Sandy was a Florida girl at heart. She loved everything about the beach, ocean, and just being outdoors in general. The rare times that she wasn't on a boat, you could catch her with a beer in her hand, and toes in the sand. She also loved to travel the world, have BBQ's and family cook-outs while tailgating in preparation for her favorite football and basketball teams - the Tampa Bay Bucaneers & Kentuky Wildcats, respectively. Baking was her specialty, which lead to her being the recipient of a Betty Crocker Scholarship back in high school.

In addition to, or in lieu of, sending flowers to the family, charitable donations can be made to 4ocean using the hyperlink below:

To send flowers to the family or plant a tree in memory of Sandra McIntosh, please visit Tribute Store
Tuesday
25
October

Share Your Memory of
Sandra
Upload Your Memory View All Memories
Be the first to upload a memory!
Share A Memory
Send Flowers