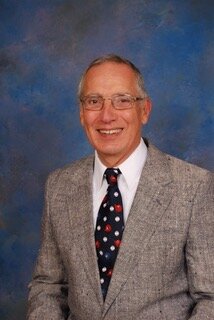 Joseph Caputo, 83, of St. Petersburg, FL passed away October 22, 2022 at Bayfront Medical Center.  He was preceded in death by his parents, Amedea and Antonio Caputo; and his siblings Joseph Caputo (infant) and Madeline Russomanno. Joe is survived by his wife of 52 years, Marie Caputo (nee Bufis), 80 of St. Petersburg, FL, sons Joseph (Ann) Caputo of St. Petersburg, FL, and David (Rynn) Caputo of York, PA, and grandchildren Annamaria, Adrianna, Giovanni, and Matteo Caputo.  Joe lived most of his life in New Jersey, including Newark, Maple Shade, Tabernacle and Southampton.  More recently he and his wife, Marie, had lived in Spring Grove, PA near their younger son David, and then most recently retiring to St. Petersburg near their elder son, Joseph.

Throughout his life, Joe was interested in woodworking, electrical work, Civil War history, and supporting his family’s activities (like chorus and baseball).  He was a member of the Alpha Phi Delta fraternity.

Joe graduated from Newark College of Engineering with an Associate’s Degree in Engineering, and worked in that field for numerous companies directly or indirectly throughout his career, including Western Electric, American Dredging, Gibbs & Cox, Stone & Webster, Fluor Daniel, Merck, Engraph, and Maida Engineering.  He also proudly followed in his father’s footsteps by owning his own business, Arbor Deli in Marlton, NJ, in the late 80s/early 90s.

Joe was very proud to have served in the United States Marine Corp (active duty and reserves), and also served over 7 years on the Southampton, NJ Board of Education. He will be greatly missed.

A Roman Catholic funeral mass will be held on November 22, 2022 in St. Petersburg, FL, 10 am at St Mary Our Lady of Grace Church. Interment will follow the mass at Bay Pines National Cemetery at 12:30pm.