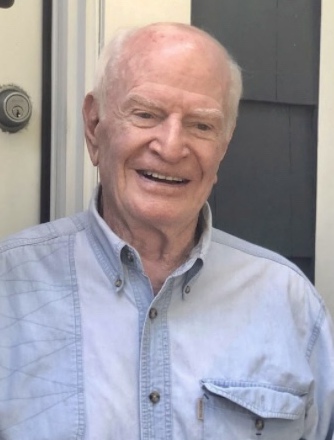 Dr. William Armstrong Hunter, Jr passed away on October 13, 2022. Before illness and injury took him to Menorah Manor in July 2022, he lived at “Serenity” in Pass-A-Grille, the home nestled along the Gulf of Mexico where he and his late wife Janet graciously hosted their family and many friends for decades.

He was “Bill” to Janet and friends, “Dad” to Alice, Elizabeth and Billy, and “Papa” to his four grandchildren and “Doc” to his two sons-in-law.

Bill was born Jan. 19, 1931, in Washington D.C. to William Armstrong Hunter Sr. and Marjorie deCou. The family, including his brother Paul and two sisters Jane and Christine, moved frequently as their father served in the Air Force and was a professor of law. Bill lived in DC along with Franklin, TN, Plainfield, NJ, Coeur d’Alene, ID, Huntington, NY and finally in Gainesville.

Bill graduated Huntington High School in 1948 and went on to Whitman College in Walla Walla, Washington from 1948 to 1949. After the untimely death of his mother, he transferred to the University of Florida where he joined the Phi Delta Theta fraternity and met future lifelong St. Petersburg friend, Mary Gardiner Evertz.

After graduating UF with a Bachelor of Science in 1952, Bill went on to Vanderbilt University Medical School and graduated in 1956. He started a neurosurgery residency at Vanderbilt that same year but found it wasn’t his calling. He then served as a Captain in the U.S. Air Force Medical Corps at Barksdale Air Force Base in northwest Louisiana from 1957 to 1960.

In 1960, he began an ophthalmology residency at Duke University School of Medicine and met recent Duke graduate Janet Ketner who was working at Duke Hospital. The two married in 1961.

Alice and Elizabeth were born in Durham but the Hunters moved to St. Petersburg to set up his ophthalmology practice in 1965. (Mary was a top recruiter for the Sunshine City.) Their son, Billy, was born in St. Petersburg in 1966.

Along with working long hours and being very involved in the St. Petersburg community, Bill loved hunting dove, quail, turkey and deer. He bought several acres of land in Manatee County to have a rural respite to hunt and relax. Crooked River Ranch was his slice of Old Florida and his favorite place to unwind.

In 2010 Bill and Janet fulfilled a lifelong dream of taking their daughters and their families to Africa. Seeing the wild animals and raw beauty with the entire family was extra special.

Bill was definitely larger than life, opinionated, gruff and stubborn. He also loved his family deeply, liked a good laugh, was a really good shot, smart and a hard worker. He had a tough start in life and suffered some great losses but he, along with Janet, provided a solid foundation for their family.

Bill’s life wasn’t the same after Janet died in 2019. He missed her tremendously and was ready to join her and their son Billy in a life of peace and love, and eternal sunsets over the Gulf of Mexico.

Bill is survived by his daughters, Alice Bender (Bob), Elizabeth Skidmore (David), his grandchildren, Mary Elizabeth Bender, Trey Bender, Caroline Skidmore and Janet Hunter Skidmore as well as his brother Paul Hunter and his sister Christine Hunter Kellett and their spouses and many nieces and nephews. He was a member of the Rotary Club, the Suncoasters and the Dragon Club as well as the Vinoy Club and St Petersburg Yacht Club.

The Celebration of Life and Memorial for Bill will take place on November 11, 2022 at 1:00pm at The Cathedral Church of St Peter, 140 4th St N, St Petersburg, FL 33701 followed by a reception in the Parish Hall.

In lieu of flowers, donations should be made in Bill’s memory to the St. Petersburg Free Clinic or the National Alliance on Mental Illness (NAMI).

Share Your Memory of
Dr. William
Upload Your Memory View All Memories
Be the first to upload a memory!
Share A Memory