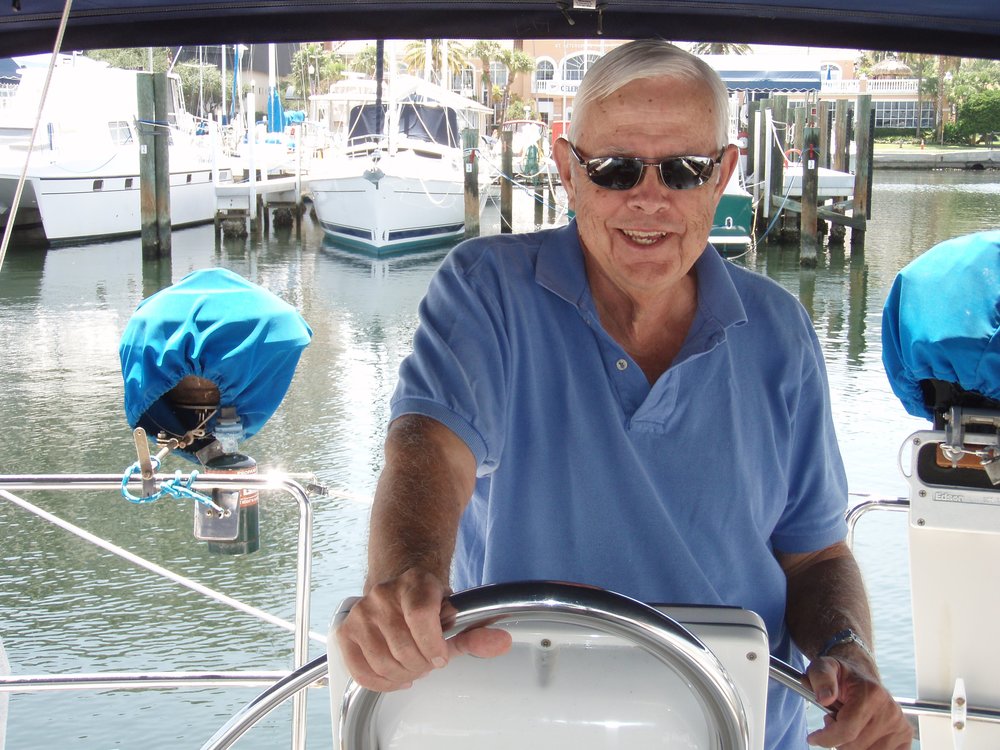 Rodney Champlin Glover, Jr., age 86, died on June 14, 2019 at St. Anthony's Hospital in St. Petersburg, Florida. He was born in Chicago, Illinois on November 5, 1932 to the late Rodney C. Glover, Sr. and Ellen Johnson Glover. Rodney earned his BSME and a Masters in Engineering from Cornell University where he was also part of the ROTC. It was during his time at Cornell where he met and married his beloved wife of 64 years, Nina.

He later proudly served 2 years in the US Army Signal Corps in Fort Huachuca, Arizona. Following his time in the service, Rodney moved to Cincinnati to begin his professional career as a Mechanical Engineer for Procter & Gamble, and held increasing responsibilities throughout his career with his last position being Section head of Environmental Controls in the Engineering Division when he retired at age 53. After his retirement, Rodney moved to Punta Gorda, Florida so that he could spend more time cruising on his boat.  For years, he and his wife Nina would take their boat and cruise down all the way to Key West during the winter time. He joined the St. Petersburg Yacht Club around the time he moved to Florida and has been a member ever since, even moving to Bradenton in 2003 so he could be closer to his where his boat was docked. Rodney and Nina eventually made the move to St. Petersburg where they have been residents for over 4 years.

Rodney was active in sailing organizations throughout his life. He held multiple offices in the Thistle Class Association, including 2 years as President; served as Vice President of One Design Sailing with the United States Yacht Racing Union; was a Principal Racing Officer; was actively involved in helping run sailing regattas throughout the years; and even won or placed in many events in the Thistle Class, including First Place in the Midwinters Championship held in St. Pete in 1969. While sailing was always his passion, Rodney was also involved in photography, and earned money to help pay for college as a photographer. Additionally, he was active in the community as a longtime member of First Presbyterian Church.

Rodney is survived by his wife, Nina; his two sons, Rodney and Thomas; his two grandsons, John and Matthew; and two great grandsons, Elliott and Theodore. A Memorial Service will be held on Friday, June 21, 2019 at 10:30am at First Presbyterian Church, 701 Beach Dr NE, St. Petersburg 33701.

To send flowers to the family or plant a tree in memory of Rodney Glover, Jr., please visit Tribute Store
Saturday
22
June

Share Your Memory of
Rodney
Upload Your Memory View All Memories
Be the first to upload a memory!
Share A Memory
Send Flowers