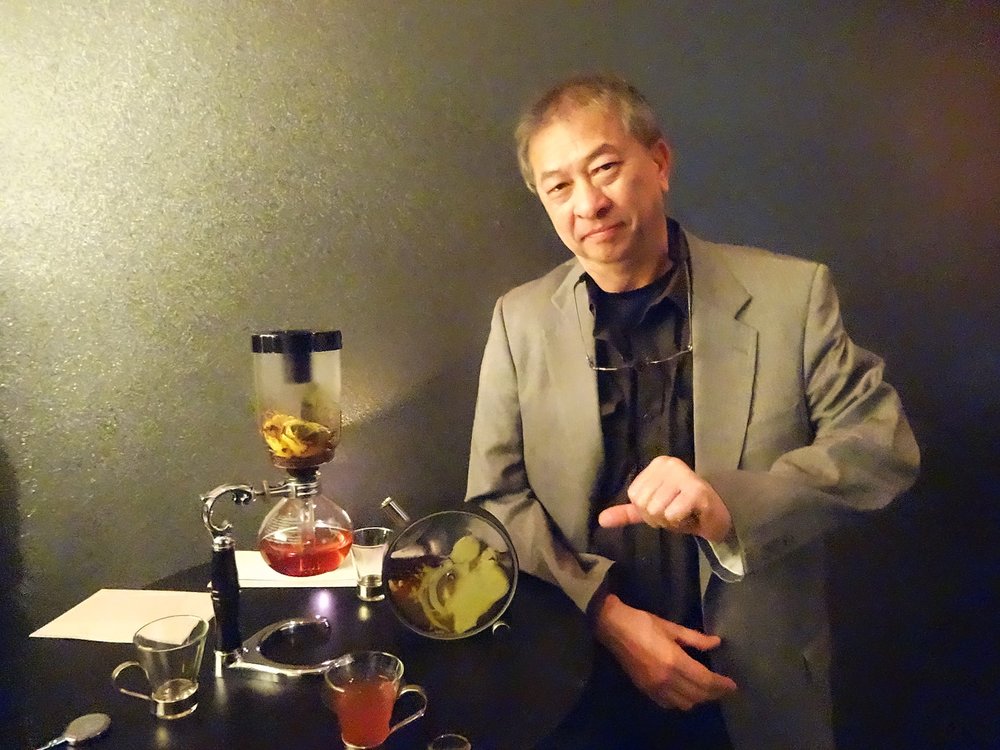 On February 6th, 2020, Surachai Intravichit joined his brother, mother, and father at the after-party in Margaritaville leaving behind a legacy of laughter, wisdom, and joy

Surachai immigrated with his family from Thailand in 1970. A precocious student with an impish sense of humor, he earned two degrees in Biology and Medical Technology from Northern Illinois University while managing to successfully convince his best-friend and sweetheart, Lori to spend the rest of their lives together. They moved to Florida with their young son in 1984 to join the rest of his family. There, he and his brother, to their wives dismay, met their mistress: fishing in Tampa Bay. After a brief reconciliation period between all parties, the brothers were allowed to continue fishing, so long as anything they caught was cleaned outside the house.

Following his passions in science, he joined the microbiology lab at All Children’s Hospital shortly after moving to Florida. Throughout his years at the hospital, he formed many long-lasting friendships with peers and coworkers that shared his love of helping children. After a thirty-six year career, he retired as a lab supervisor. His rebellious nature and dedication to his role in children’s healthcare left him at odds with the torpor and bureaucracy of the recent addition of Johns Hopkins to the local healthcare system. He sympathized with the many struggles his beloved coworkers have to face with the poor management of the Johns Hopkins machine but chose to leave before it further impacted the love of his work.

While passionate about his work, his life focused on his very large family. Large because Si’s definition of family extended to any good soul that was welcome in his home, regardless of bloodlines. He enjoyed time spent in the kitchen with his nieces and nephews, conversations with his friends and coworkers, and contrary to the myth, was a husband that got along with his in-laws.

Among his family, he was renowned for his puckish humor, often using his wit to browbeat and amicably harass his loved ones in an annoyingly gentle manner. He always had a quick joke followed by a mischievous smile to show his generous nature. He demonstrated his genuine love of life whenever he shared philosophical bon mot over a homecooked meal or a glass of wine.

As a sage teacher, he bestowed his wisdom and passion for life to his son, nephews, and grand-nieces ensuring they are apt custodians of his considerable legacy.

In lieu of flowers and donations, we ask anyone wishing to celebrate his life to go out and enjoy a nice time with their family and loved ones. Post pictures to his Facebook page of you having a good meal with those you love, and be sure to include a few pictures of your meals to honor his foodie spirit #forsi

Disclaimer: Any pictures of hot dogs with ketchup will be forwarded to the Chicago Police Department as a crime against food.

Share Your Memory of
Surachai
Upload Your Memory View All Memories
Be the first to upload a memory!