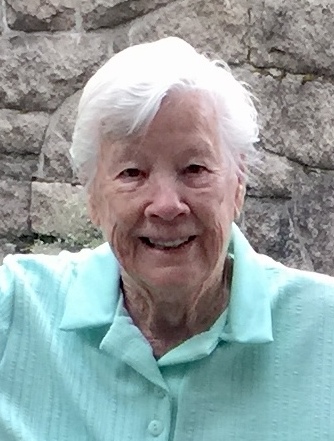 MILLIKEN, Anna M. "Auntie Bill or Billie", age 96, a native of St. Petersburg, FL died on December 14, 2022, at home. Her longtime friend, Betty June “BJ” Threatte, predeceased her on August 24, 2013. Although never married, she had many nieces and nephews that she loved as if they were her own children. That love was reciprocated by not only them but the generations that followed. She truly connected with every person she met. She will be sorely missed by all who knew her.

She was preceded in death by her parents, Paul S. and Martha Milliken.

Auntie Bill graduated from St. Petersburg High School in 1946. She worked side by side with her beloved daddy selling real estate and then went on to get her real estate license and joined Stout Realty in Gulfport, Florida. Following that, she was hired by Honeywell Electronics and was a Group Leader within the Space & Strategic Avionics Division for 21 years, retiring on May 29, 1985. She then worked beside her beloved brother Paul (nicknamed “brother”) as she assisted him in many remodeling projects.

She was a catcher in softball and her team was proudly sponsored by a local business, R. H. Hall Appliance Store located on 34th Street North. They made it into the Girl’s Worlds Softball Championship held in 1955 in Portland, Oregon.

Her bowling team won many trophies, and she bowled on a team until COVID hit in 2020. She enjoyed golf, fishing and sailing her own boat. She was an avid Rays, Bucs and Gators fan! She even painted her house the colors of the Rays team --- she was playful and had a fabulous sense of humor.

She was an amazing lady. She always wrote ‘thank you’ notes for any small token of care, she never left her grocery cart in the parking lot (& was annoyed by those

who did), she lived a thankful life and never thought of herself --- she always thought of others. She never went to sleep without saying her prayers, she was a junk food junkie, but she never gorged. She loved going to the baseball games and eating a hot dog, popcorn and sometimes ice cream!

Aunt Bill had an enumerable number of friends, some of whom she played ball with during her younger years! Some of these very close, personal friends she left behind are: Jean Stanley, Darla Stone and Jane Elderbaum, all of whom live in Ocala, Mary Farrell of Safety Harbor and “Weegie” Poston of Albuquerque, New Mexico.

She was retired longer than she worked. She lived a very active life until September of 2022. She caught a cold (October) after returning from her fifth trip Bar Harbor, Maine and then slowly aged until her death on December 14, 2022. We teased her that she was only old for two months!

She lived such a full life that it is difficult to even know how to illustrate it all. She was beautiful, inside, and out and we will all miss her more than words can tell!

Share Your Memory of
Anna
Upload Your Memory View All Memories
Be the first to upload a memory!
Share A Memory